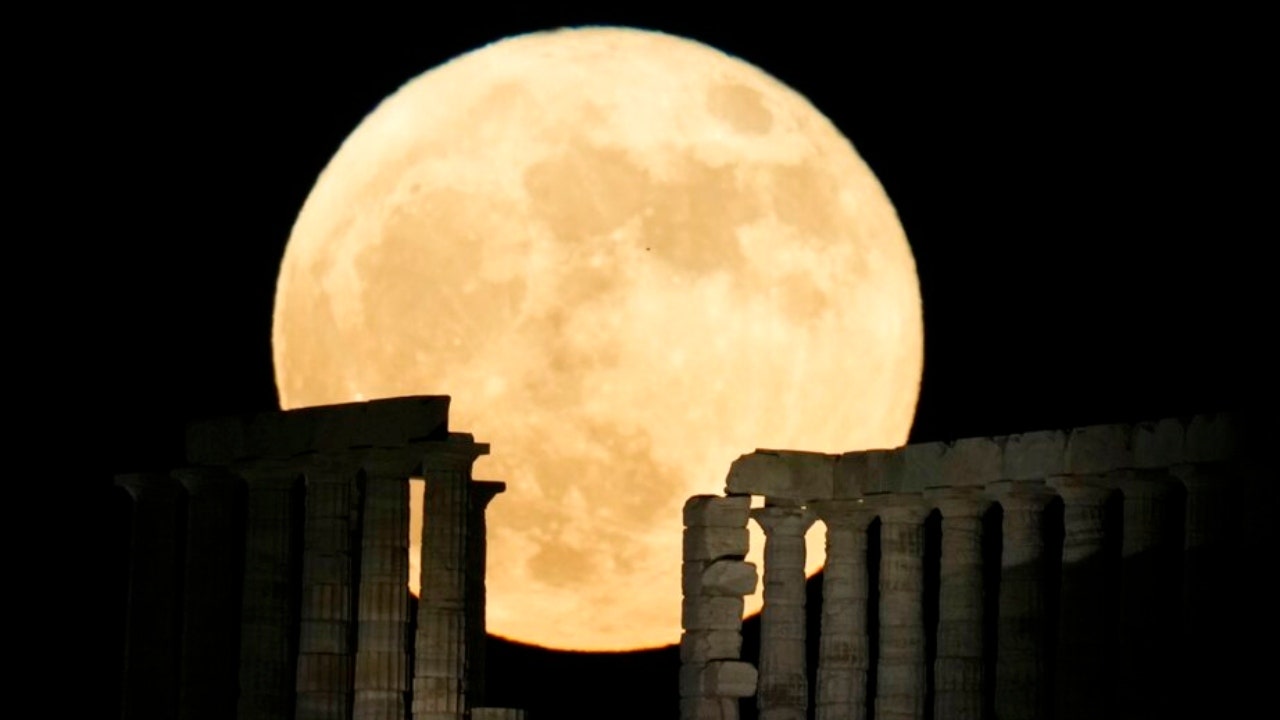 The full strawberry supermoon peaked on Tuesday, appearing opposite the sun in Earth-based longitude.

Photographers captured the full moon against cityscapes across the world.

The moon appeared larger than normal and sometimes slightly orange-colored to skywatchers.

The strawberry moon is named thus because it marked a time for gathering ripening strawberries, according to NASA and the Maine Farmer’s Almanac.

FULL STRAWBERRY MOON: WHAT TO KNOW ABOUT THE SUPERMOON

An old European name for the full moon is the mead moon or honey moon.

Mead is created by fermenting honey and mixing it with water and other fruits, spices, grains or hops.

The end of the June was when honey was ready to harvest, which made this the sweetest moon.

The term “honeymoon” may be tied to this full moon.

In addition, another European name for this full moon is the rose moon, which originates either from the color of the moon or the roses that bloom during the season.

Other names for the full strawberry moon include the flower moon, hot moon, hoe moon and planting moon.

A supermoon occurs when a full moon coincides with the moon’s closest approach to Earth in its elliptical orbit, a point known as perigee.

Although “supermoon” is not an official astronomical term, it’s typically used to describe a full moon that comes within at least 90% of perigee, appearing larger and brighter than usual.

While a new moon can also be a supermoon, people typically cannot see a new moon because it is between the Earth and sun, and not illuminated.

Full supermoons are the biggest and brightest moons of the year.

Julia Musto is a reporter for Fox News Digital. You can find her on Twitter at @JuliaElenaMusto.