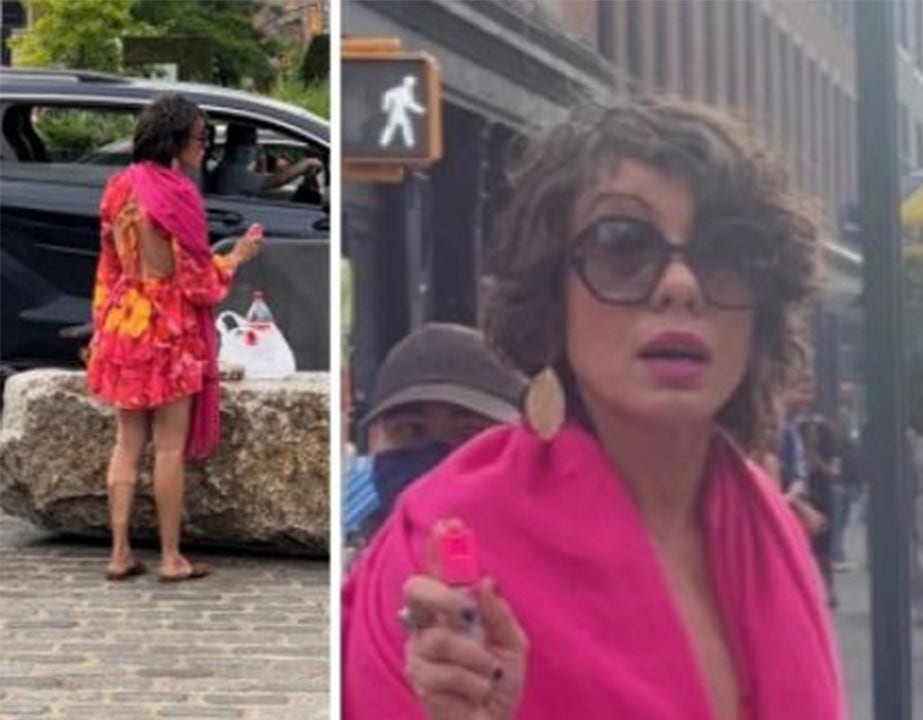 A Florida woman accused of making anti-Asian remarks and pepper-spraying four people in New York City earlier this month has been charged with hate crimes.

Police say witnesses saw Barker on June 11 pepper spray four women during a verbal altercation and made anti-Asian remarks at the intersection of 14th Street and Ninth Avenue in Chelsea.

Barker is accused of telling the women: “Go back where you came from! Go back to your country!”

She was arrested after an eyewitness recognized her on the street and called the cops, an assistant district said in Manhattan Criminal Court.

Barker made her first court appearance on Saturday and was ordered held on $20,000 bail, The New York Post reported.

Her legal aid counsel reportedly told the judge the case had been “amplified by media sensation.”

She’s due back in court on Thursday.