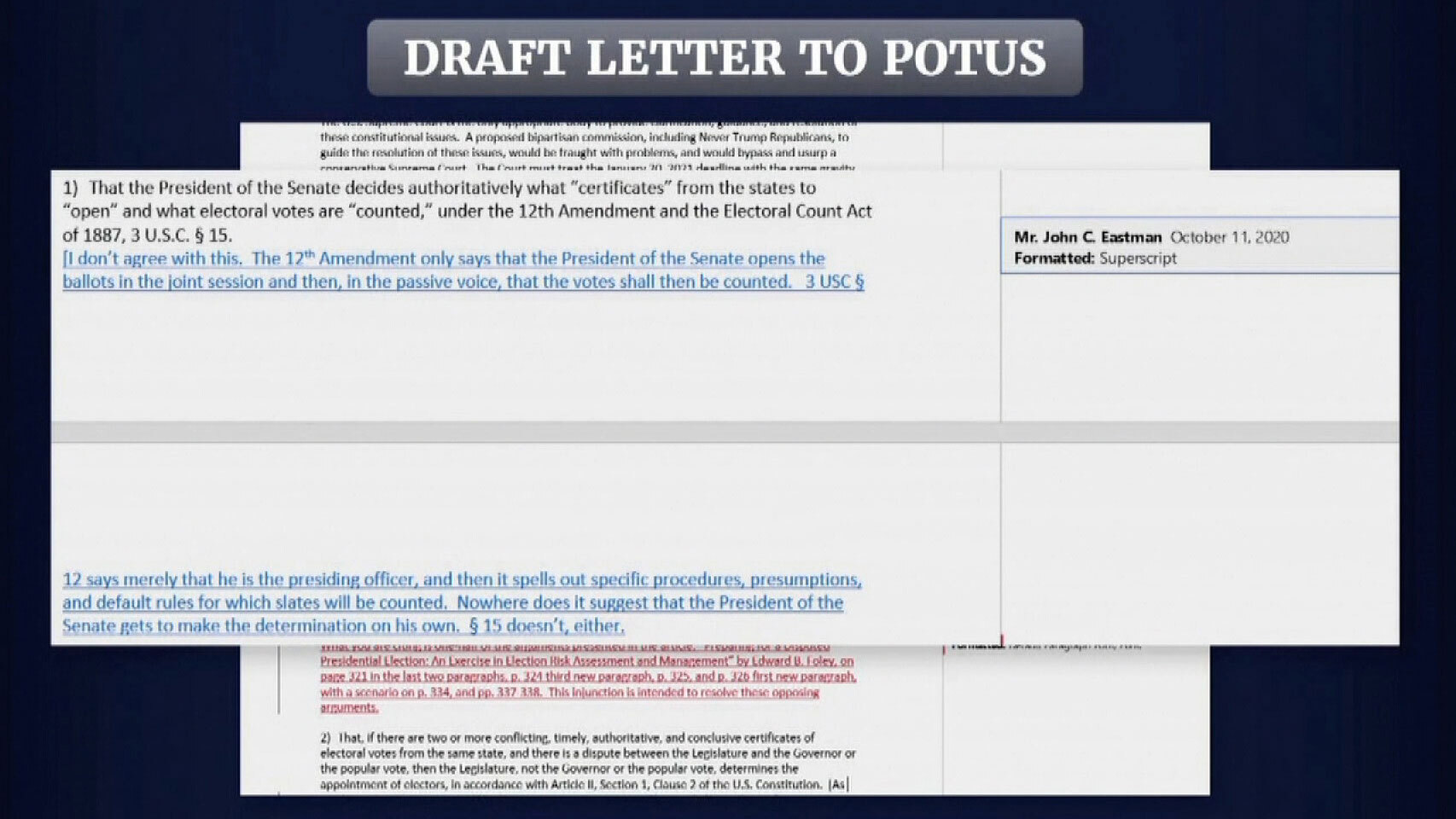 J. Michael Luttig, an adviser to vice president Mike Pence and a former judge, testified that Trump attorney John Eastman’s claims that the vice president could decide the outcome of the election at the joint session of Congress on Jan. 6, 2021, is not supported by the Constitution and does not follow any historical president.

Committee vice chair Liz Cheney explained a memo written by Eastman outlined his theory. In it, Cheney said Eastman falsely claimed seven states “transmitted dual slates of electors to the President of the Senate,” which former Pence attorney Greg Jacob said they did not exist.

“He knew the outcome he wanted and he saw a way to go forward if he simply pretended the fake electors were real,” Cheney said, explaining that Eastman continued to spread the false theory. Cheney said Eastman argued that Pence could reject the Biden electors and declare Trump the winner in the states he said were “disputed.”

“There is a very solid legal authority, and historical precedent, for the view that the President of the Senate does the counting, including the resolution of disputed electoral votes,” the memo written by Eastman showed by the committee said.

“This was false and Dr. Eastman knew it was false,” Cheney said. “In other words, it was a lie.”

“There was no support whatsoever in either the Constitution of the United States, nor the laws of the United States for the vice president, frankly, ever to count alternative electoral slates from the states that had not been officially certified,” Luttig said, testifying at the hearing.

Luttig said he read Eastman’s memo and knows what he was referring to when he argued there is a historical precedent, but said, “he was incorrect.”