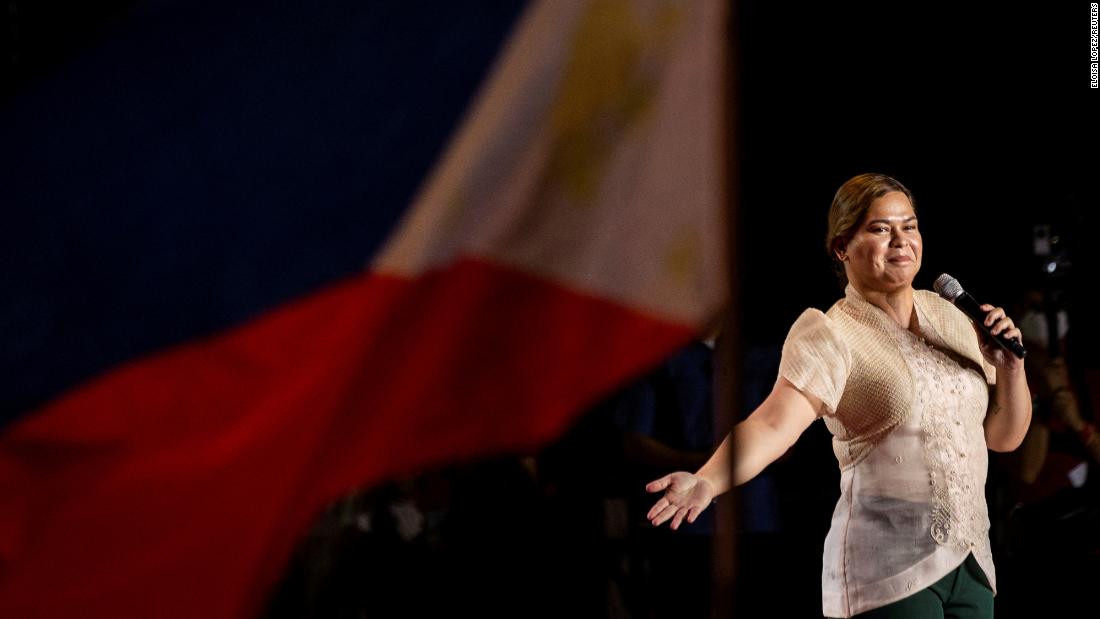 “The days ahead may be full of challenges that call for us to be more united as a nation,” she said in an inauguration address in her hometown Davao, where she took the oath of office with her parents standing next to her.

Duterte-Carpio, 44, was the running mate of Ferdinand Marcos Jr., who also won in the May 9 elections and will be sworn in as the country’s president on June 30, when their six-year term begins.

Marcos, the son and namesake of the disgraced dictator driven from power in a 1986 uprising, also took part in the inauguration ceremony attended by Duterte-Carpio’s relatives, allies and supporters.

They both scored landslide victories, with overwhelming margins not seen in decades, forging a crucial alliance and running on a message of unity that also helped many allies win seats in the legislature and local government positions.

Like her father, Duterte-Carpio trained as a lawyer before entering politics in 2007 when she was voted in as her father’s vice mayor in Davao, 1,000 kilometers (600 miles) from the capital Manila.

She had initially wanted to be a doctor but instead pursued her political career and in 2010 succeeded her father to become the first female mayor of Davao.

“If we all take a moment to listen to the call to serve and decide to heed the call … I believe the country will be heading toward a future of hope, security, strength, stability, and progress,” said Duterte-Carpio, who will also serve as Marcos’ education secretary.