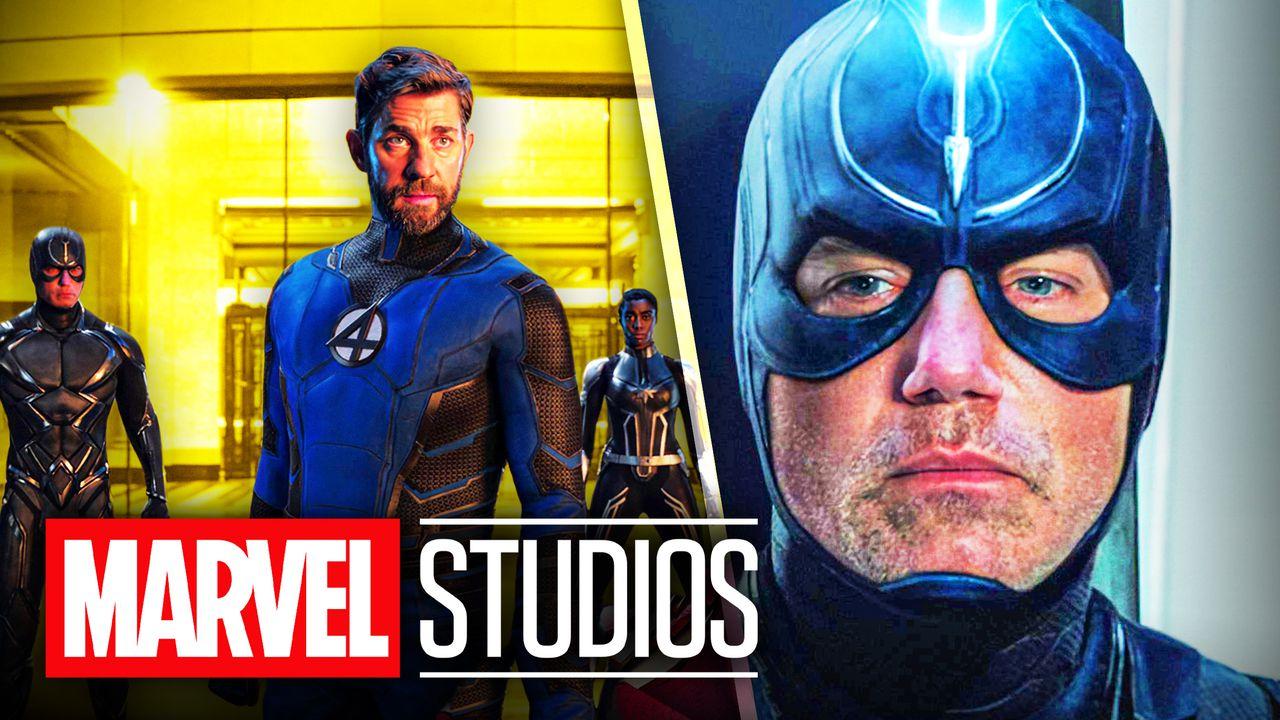 Doctor Strange in the Multiverse of Madness‘ second act featured Benedict Cumberbatch’s Stephen Strange and Xochitl Gomez’s America Chavez in an alternate universe known as Earth-838. In this particular setting, a superhero group known as the Illuminati were the world’s primary guardians instead of the Avengers. The team consisted of characters such as John Krasinski’s Mr. Fantastic, Hayley Atwell’s Captain Carter, and even Anson Mount’s Black Bolt.

Mount has some history with the character of Black Bolt, as he portrayed him in the ABC series Inhumans, which only lasted one season in 2017 and received harsh reviews from critics and fans alike. Due to the show’s underperformance, it was unclear if any of the featured characters would ever make their way into the MCU or not. Mount was at least able to reprise his role in Doctor Strange 2, but after coming face-to-face with the Scarlet Witch, the members of the Illuminati were quickly taken out, including Black Bolt.

Even though Blackagar Boltagon suffered a gruesome death on Earth-838, Mount has recently expressed his interest in returning to the MCU.

Anson Mount’s Wish to Return to the MCU

Daniel Rasmus shared via Twitter that he was able to talk to Black Bolt actor Anson Mount at San Diego Comic-Con about a potential return to the MCU.

After Rasmus reportedly expressed interest in Mount coming back to the MCU as Black Bolt, the actor seemed ready to go, making his return hopes clear by saying, “From your lips to god’s ears.”

Mount previously expressed his gratitude for being able to come back as Black Bolt on social media, calling his MCU return “an honor:”

“It was an honor & joy to finally work w/ Sam Raimi who reached out to engage me on how best to do this. Beyond grateful for the experience.”

The Doctor Strange in the Multiverse of Madness actor also shed some light on how he filmed his cameo to Esquire, explaining that several actors, including Patrick Stewart, weren’t even on set with them:

“No, he was actually not there! [Laughs] He was shooting Picard. That was a very interesting shoot because my role came up in the reshoots. As you can imagine, several of the actors were quite busy. Patrick was not there. Chiwetel [Ejiofor] was not there. Krasinski’s contract wasn’t even done. He wasn’t there. We had actors playing those roles, knowing that they were going to either be substituting their shots or transplanting faces. I’ve never done anything quite like that, and I was in disbelief of how well it cut together.”

Can Black Bolt Be Resurrected?

If Kevin Feige and Marvel Studios wanted Anson Mount to return as Black Bolt, it would not be an arduous task in the slightest. The version of the character seen in Doctor Strange in the Multiverse of Madness was from Earth-838, a completely different universe than what fans are used to seeing, which is Earth-616. This means that Black Bolt’s death in the movie has no impact on the future of the MCU. If anything, Earth-616’s version may have had a nightmare of his head imploding, but that’s it.

No one can know for sure, but including Mount in Doctor Strange 2 could have been a strategic move by Feige to see how fans would react to seeing him. Since Inhumans was received so poorly, the Marvel boss could have put him in the film and, if fans enjoyed the character, he could be brought back into the main MCU universe. If the audience didn’t like him, then he only had roughly three minutes of screentime, and it didn’t affect any continuity within the franchise.

In short, it is extremely possible that Mount could make a return to the world of Marvel and reprise his role as Black Bolt in the future. It did seem as though the franchise was going to start introducing some Inhumans with Ms. Marvel, but the show revealed her to actually be a mutant instead. However, there still could be some connection there, and with any luck, Mount will get his wish.