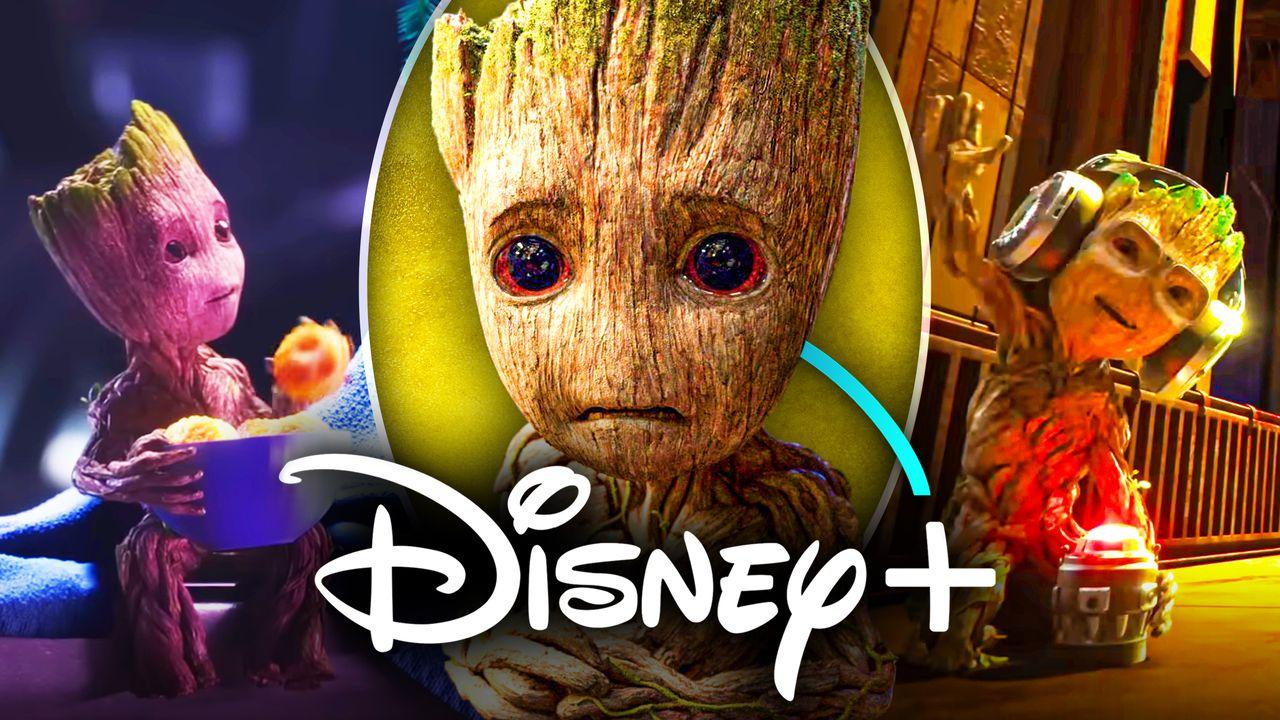 After stealing all of his scenes in 2017’s Guardians of the Galaxy Vol. 2, the adorably chaotic Baby Groot is set to headline his own Disney+ series, appropriately titled I Am Groot.

Coming as Marvel Studios’ second fully animated series, I Am Groot will be a unique new entry, as it only consists of five shorts that make up the entire series. These shorts will all premiere at once on August 10 on Disney+, giving fans a short yet fun look into the fan-favorite Guardian of the Galaxy as he takes on his own special battles and challenges.

Also unique about this series is that it’s the first one in the MCU to officially be out of the canon story, meaning nothing Groot does in this show will have any effect on the live-action Guardians movies. This leaves the door open to some wild stories, even with those being shorter stories, and the tiny Guardian will use every second of that runtime to shine.

Now, only a couple of weeks ahead of the series’ arrival, critics have shared their first reactions to Baby Groot’s first headlining effort on Disney+.

Critics’ First Reactions to I Am Groot

Critics took to Twitter to share their first reaction to Marvel Studios’ second animated Disney+ series, I Am Groot, which premieres in full on Wednesday, August 10.

Discussing Film’s Jacob Fisher described the series as “an excellent watch,” noting that it only has a 20-minute runtime, including all five shorts. He praised the animation style and the “fun wacky ideas,” feeling that younger MCU fans should enjoy these shorts:

“Just watched all 5 episodes of I Am Groot and they are an excellent watch if you have 20mins to spare. Brilliant photo-realistic type animation combined with some fun wacky ideas, I enjoyed it and can imagine kids will love rewatching these constantly.”

Socal Thrills kept its reaction short and sweet, calling I Am Groot “pure perfection” and teasing some surprises along the way:

“We just watched all 5 episodes of I Am Groot and it’s Pure Perfection. I Am Groot An original series with amazing animation showcasing Baby Groot on his fun adventures with a few surprises. Very entertaining and family friendly. Marvel Studios Streaming on Disney+ Aug 10!”

Lights, Camera, Pod’s Jack Kennedy compared I Am Groot to Pixar’s short films, describing them as “fun and cute:”

“Just finished I Am Groot. Very fun and cute shorts similar to Pixar ones. A pleasant way to spend 20 minutes.”

ComicBook’s Jim Viscardi had nothing but high praise for the series, complimenting director Kirsten Lepore while teasing some of the “fun reveals” that will come for Baby Groot:

“I just watched all episodes of I Am Groot and holy moly did Kirsten Lepore nail it. Such cute moments with some fun reveals about Groot we always wondered but didn’t know. Absolutely captured the character James Gunn debuted in GOTG Vol. 2”

@noguiltlife saw I Am Groot as “the perfect vehicle” in which to feature Baby Groot, calling the series something “your whole family will love:”

“I Am Groot is the perfect vehicle for Baby Groot to shine. Proving once again what we love about him: he brings a little chaos everywhere he goes. Short, sassy, and sweet: your whole family will love this series- especially #4. On Disney+ August 10”

This story is developing. Please check back for more updates!

One thought on “Disney+ Groot TV Show Reviews: What Are Critics’ First Reactions?”