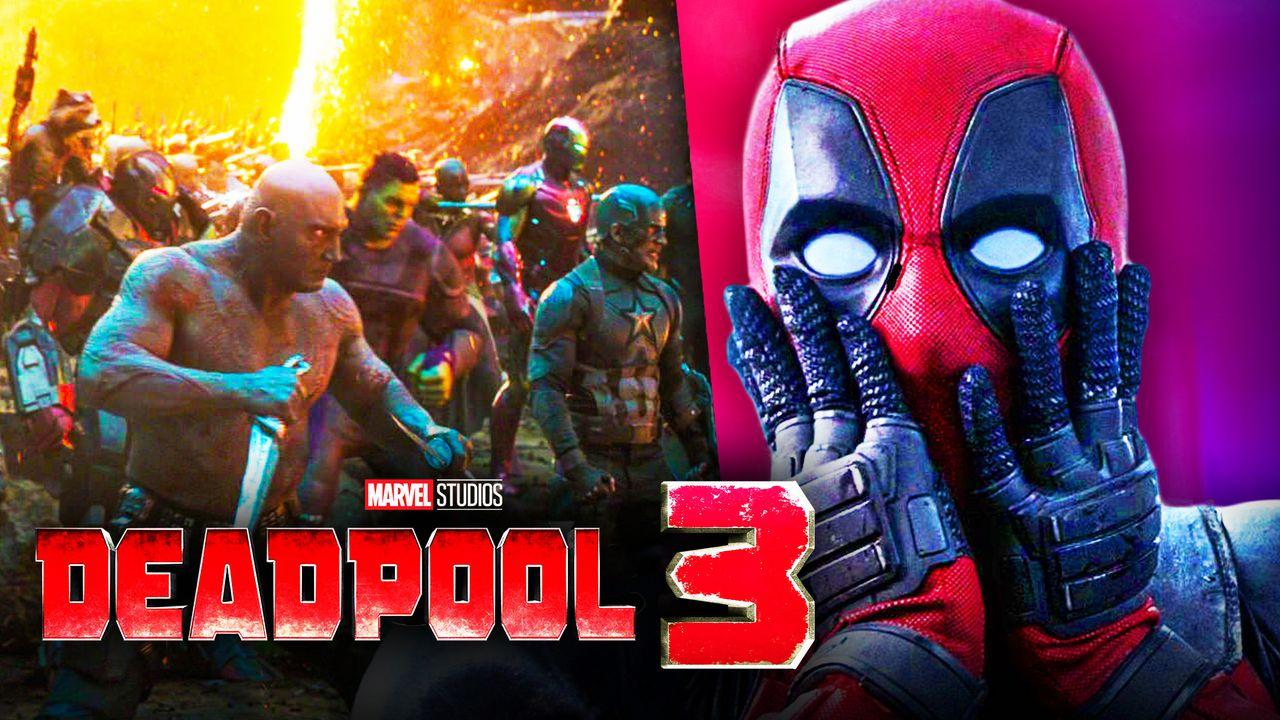 Deadpool 3 may not have been a part of Marvel Studios’ massive San Diego Comic-Con announcements, but Avengers fans have the Merc with a Mouth high on their lists of anticipated arrivals.

Following Disney’s purchase of 20th Century Fox, Ryan Reynolds’ Wade Wilson became the first mutant character to be confirmed for an MCU outing, which will complete the Deadpool trilogy. Now, after years of poking fun at Earth’s Mightiest Heroes from the safety of the Fox universe, Reynolds’ anti-hero will exist in the same world as the Avengers, which will only provide more chances for his classic humor to shine.

Marvel Studios is currently in the earliest stages of development for Deadpool 3 as the writing team plans out how he will make his long-awaited MCU debut. Writer Rhett Reese teased the idea of this movie being a “fish-out-of-water” story for the MCU’s newest mutant, allowing him to interact with the Avengers after only knowing about them previously through his fourth-wall-breaking antics.

All of this anticipation begs the question – how will Deadpool actually interact with the Avengers when they meet? According to his creator, it will surely be something to look forward to.

“I will have my picket line. I will have my single picket line of one, okay, don’t tease me with number 2. Don’t take me to Valhalla and then drop me off. Okay, look, we both know Deadpool 3, he’s going to interact with uh, the crew, you know, I mean, I get excited at the prospect of him hanging out with Hemsworth and or, uh, you know Ant-Man, Mr. Paul Rudd. I mean, those are great matchups.”

Liefeld also urged Marvel to make sure that Mark Ruffalo’s Hulk shows up in the threequel, noting how the Hulk has been underappreciated in his previous outings. He even had the hilarious idea of letting the angry green Avenger “rag doll Deadpool” in the same manner as he did to Loki in 2012’s The Avengers.

“I personally would love to see him and the Hulk in a buddy movie because I think Hulk was undeserved. People forget what a mic drop he was in The Avengers. Let’s rag doll Deadpool the way he did Loki, you know what I mean? So I know they have great things planned. He’s definitely going to interact with the Marvel universe because that’s the default go to move, but how do you not bring Zazie and Josh back? Because fans love them.”

Who Will Deadpool Meet in First MCU Movie?

As the man behind the Merc with a Mouth, Rob Liefeld has clearly thought about who he wants to see Deadpool interact with when he finally joins the expansive MCU.

As two of the funnier characters throughout Phase 3 and Phase 4, Thor and Ant-Man would make for some hilarious comedic moments when they first come into contact with Deadpool. Hemsworth has even urged Marvel to let him make a cameo in Deadpool 3, and thinking of Rudd and Reynolds together is sure to bring some great ideas to the forefront humor-wise.

Mark Ruffalo’s Hulk would certainly be another interesting meeting, especially since he’s a very different version of the Hulk than what fans saw in The Avengers. He might not toss Deadpool around like a rag doll as easily this time around in his Smart Hulk form, but any kind of beatdown whatsoever would remind fans exactly how durable the unkillable mutant is upon his return.

Looking at Cable and Domino, it only makes sense for Liefeld to want to see Wade in some familiar territory alongside two of his “best buddies” from the X-Force team in Deadpool 2. Cable alone would make for some excellent quips due to the fact that Brolin also played the MCU’s Thanos, and he was almost already included in Doctor Strange in the Multiverse of Madness as well.

No matter who Deadpool actually crosses paths with in Deadpool 3, there is no doubt that it will come with as many laughs as any MCU movie to date.