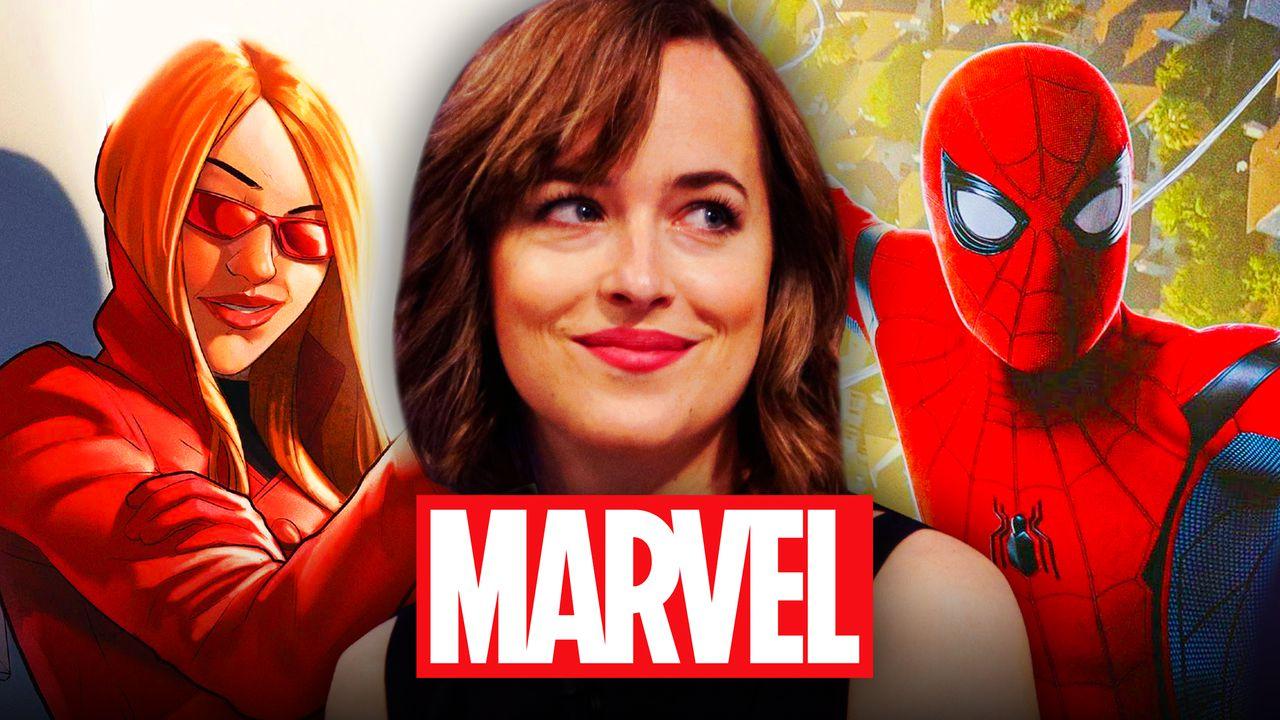 Sony’s Spider-Man Universe has been nothing short of controversial. Both Venom movies have been met with lukewarm reception at best, while Morbius was absolutely obliterated by critics and audiences––something it doesn’t seem the studio has caught onto yet.

That hasn’t stopped them, however. Sony is currently in production of two more Spidey films: Kraven the Hunter and Madame Web. While the Aaron Taylor Johnson-led villain film has finished filming, Madame Web has only just begun its journey in front of the cameras.

A low-res set video previously hit the web showcasing lead actress Dakota Johnson in the titular role. Others have potentially indicated that the story will be set within New York City in the early 2000s.

Now, more set photos have hit the virtual web, and fans can get another look at the leading character.

Some new set photos from Sony’s Madame Web have found their way onto the internet thanks to Twitter user @MarvelCrave, and they showcase the film’s star, Dakota Johnson, on set as the titular character.

She can be seen in a striking red leather jacket, black shirt, and some jeans. She seems to have just gotten out of a taxi as well.

In some more photos, the actress can be seen in the same outfit. However, her shirt is gray instead of black. It seems that she may be wearing that red leather jacket for a significant portion of the film.

Obviously, there isn’t much to gain from the photos. They simply show Dakota Johnson exciting a cab and her walking down the street. At the very least, some might appreciate the red jacket, as it is very true to the Julia Carpenter iteration of the character.

The real question is, when will fans be able to see the other big names who have come aboard the project? There’s Euphoria star Sydney Sweeney, Scream Queens‘ Emma Roberts, and most recently, Severance‘s Adam Scott.

Fans have no idea what to expect from the movie. Many thought the idea of a Madame Web film was silly––but that seems to be Sony’s MO these days. At the very least, hopefully, the project turns out better than the studio’s Jared Leto disaster.