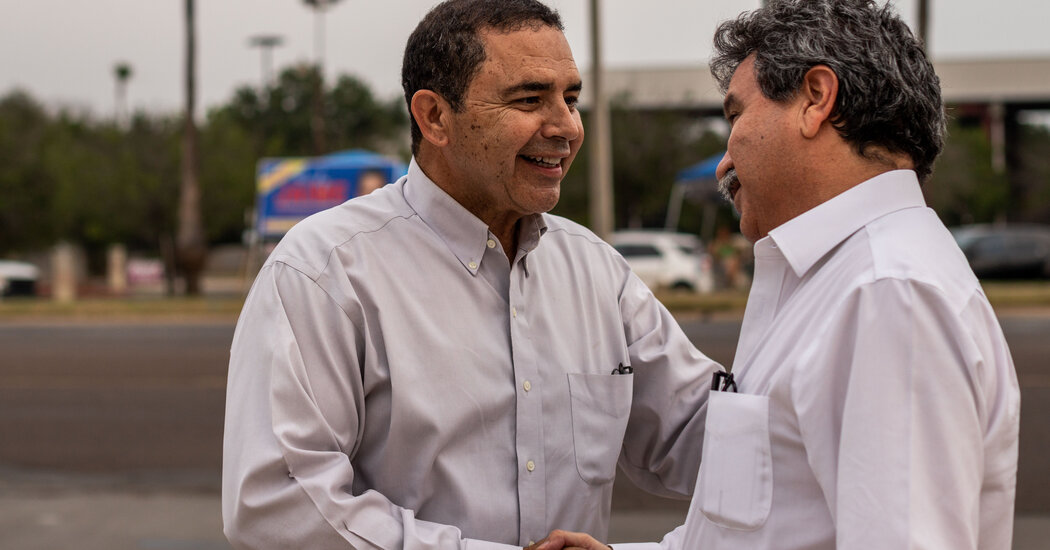 Ms. Cisneros, who has worked with asylum-seeking migrant families, approached immigration and border policy from a humanitarian perspective. She framed abortion as a health care issue, and championed progressive causes such as Medicare for All, a $15 minimum wage and the Green New Deal.

In early May, the leaked Supreme Court draft opinion overturning Roe v. Wade, which established a constitutional right to abortion, appeared to give Ms. Cisneros a bump of momentum late in the race. Mr. Cuellar was the only House Democrat to vote against the Women’s Health Protection Act, which would have guaranteed the right to abortion through federal law.

Mr. Cuellar’s district runs from Laredo to San Antonio, and redistricting changes made it slightly more Democratic, with more voters from Bexar County. The district dropped from 76.9 percent Hispanic to 75.3 percent, but a slight rise in white voters was expected to help Ms. Cisneros if those new voters were San Antonio liberals.

Ms. Cisneros stumped with progressive firebrands — Representative Alexandria Ocasio-Cortez of New York, and Senators Bernie Sanders of Vermont and Elizabeth Warren of Massachusetts. Like Ms. Ocasio-Cortez, Ms. Cisneros was recruited by the Justice Democrats, a progressive political action committee that had placed a full-page ad in a local newspaper looking for candidates. Laredo community leaders submitted her name.

Mr. Cuellar received the endorsements of House Speaker Nancy Pelosi, who recorded robocalls for him, as well as Representative James E. Clyburn of South Carolina, the House majority whip, and Representative Hakeem Jeffries of New York, the chairman of the House Democratic Caucus.

The race was contentious at times.

Ms. Cisneros criticized Mr. Cuellar as a corrupt politician. In the final stretch of the contest, billboards appeared in Laredo that made allegations about Ms. Cisneros’s policy stances as well as her personal life, calling her a “home wrecker.” Mr. Cuellar denied he had anything to do with the billboards and said he did not condone them.