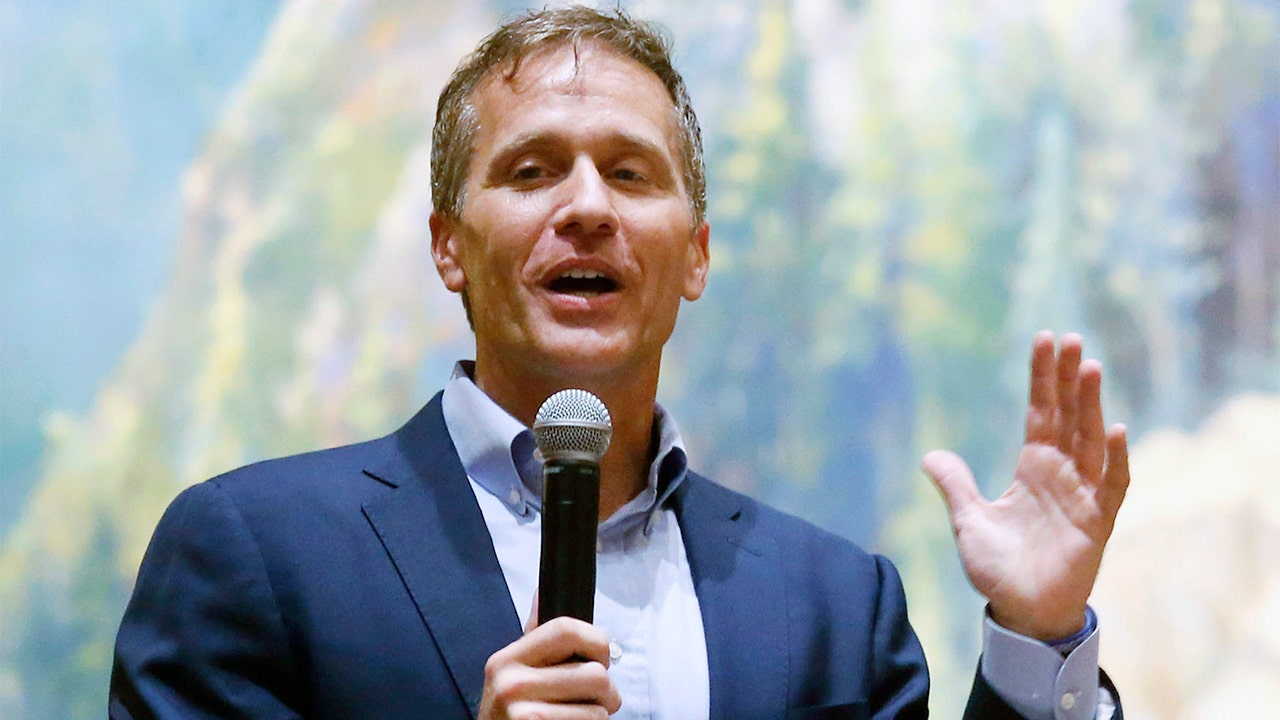 A Missouri Republican Senate candidate is under fire for releasing an ad that encouraged “bagging and tagging” moderate Republicans with a “RINO hunting permit.”

“Terrorists, child abusers, and criminals like Eric Greitens shouldn’t even be able to get a weapon,” Lucas Kunce, a Democrat also running for Senate in Missouri, said on Twitter of an ad run by Republican Senate candidate Eric Greitens Monday.

“I’m the Marine veteran running against this guy. Send me to the U.S. Senate, and I’ll keep our families safe from criminals like him.”

The ad, which depicted Greitens with a gun while advertising “RINO hunting permits,” was quickly slammed by critics, with many pointing out that it comes at a time of increased violent crime, multiple mass shootings, and the threats to the lives of conservative Supreme Court Justices.

Criticism of the ad was not limited to Greitens’ political opponents, with veterans and conservatives joining the chorus of those taking aim at the Navy SEAL veteran.

Others accused Greitens of calling for the murder of Republicans.

“He’s calling on conservatives to murder, this does not qualify as free speech,” said Occupy Democrats writer David Weissman on Twitter.

In the post on Twitter, Greitens accused moderate Republicans of working with President Biden and the “radical left.”

“We are sick and tired of the Republicans in Name Only surrendering to Joe Biden & the radical Left,” former Missouri Gov. and current Senate candidate Eric Greitens posted on Twitter Monday. “Order your RINO Hunting Permit today!”

He included a video of a campaign ad in the tweet which shows the candidate with a shotgun announcing that “today, we’re going RINO hunting.”

“The RINO feeds on corruption and is marked by the stripes of cowardice,” Greitens says in the video as he prepares to enter the front door of a home with a group of armed men decked out in military style clothing and gear.

The group then storms the house in a SWAT style raid, with Greitens entering last while encouraging people to “join the MAGA crew.”

“Get a RINO hunting permit,” he continues. “There’s no bagging limit, no tagging limit, and it doesn’t expire until we save our country.”

Many Twitter users reported the video to moderators at the social media platform, who eventually added a disclaimer to the post.

Facebook removed the video from its platform, saying it violated their “policies prohibiting violence and incitement.”

The removal of the video from Facebook prompted a response from Greitens, who posted on the platform that the company had “CENSORED our new ad calling out the weak RINOs. When I get to the US Senate, we are taking on Big Tech.”

Reached for comment by Fox News Monday, the Greitens campaign called the add a “message to RINO elected officials who continue to hurt the people of this country– your time is up.”

“If anyone doesn’t get the metaphor, they are either lying or dumb,” the campaign added.