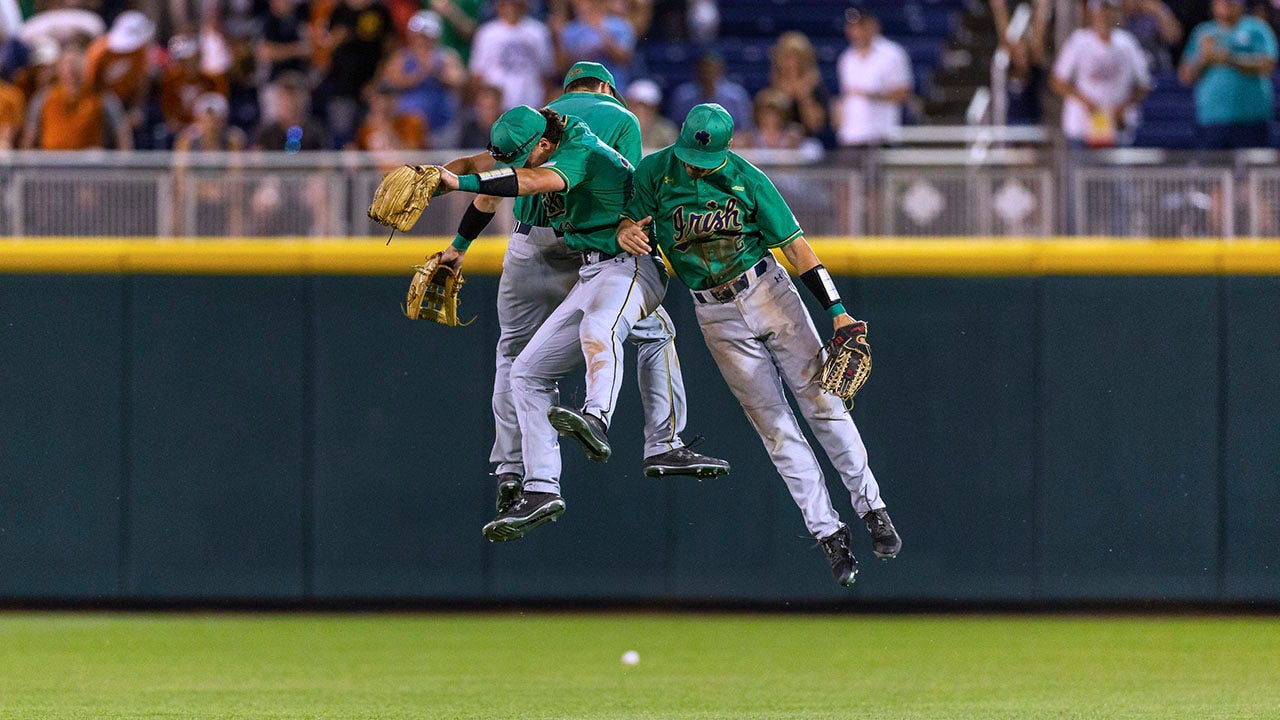 The Fighting Irish knocked off No. 9 overall seed Texas, 7-3, Friday night at the College World Series in Omaha, Nebraska, after eliminating No. 1 overall seed Tennessee last week in the Super Regional in Knoxville.

Ole Miss should be considered more of a Cinderella than Notre Dame after receiving the last at-large bid to the NCAA Tournament.

“I think a lot of the underdog story is we don’t really feel that internally on the team,” said Notre Dame second baseman Jared Miller, who went 2-for-3 and put his team up 1-0 in the top of the first with a home run as his team outhit Texas, 11-6, and led 6-1 in the fifth.

“It doesn’t really matter to us if we’re underdogs or projected to win,” Notre Dame starting pitcher John Michael Bertrand said. “I’m not sure if that really matters to us.”

Bertrand (10-3) allowed six hits and three runs over five and one-third innings for the win with four strikeouts and one walk. Relievers Alex Rao and Jack Findlay no-hit Texas over the final three and two-thirds innings. Findlay picked up his fourth save after two and one-third innings. Carter Putz added a solo home run in the ninth.

“I couldn’t be happier with the guys,” Notre Dame coach Link Jarrett said. “I’m very proud of them to come into this atmosphere and perform for the the first time that well rounded of a game against clearly a phenomenal program.”

Notre Dame won its first College World Series game in 20 years as its last appearance in Omaha was in 2002 under coach Paul Mainieri. Notre Dame’s only other CWS appearance was in 1957. The Irish went 1-2 at the 2002 CWS with a 5-3 win over Rice around losses to Stanford.

Mainieri is in Omaha to cheer on Notre Dame. He left Notre Dame after the 2006 season to coach LSU, which he led to the 2009 national title and five other trips to Omaha through 2017 before retiring after last season following a Super Regional loss at Tennessee.