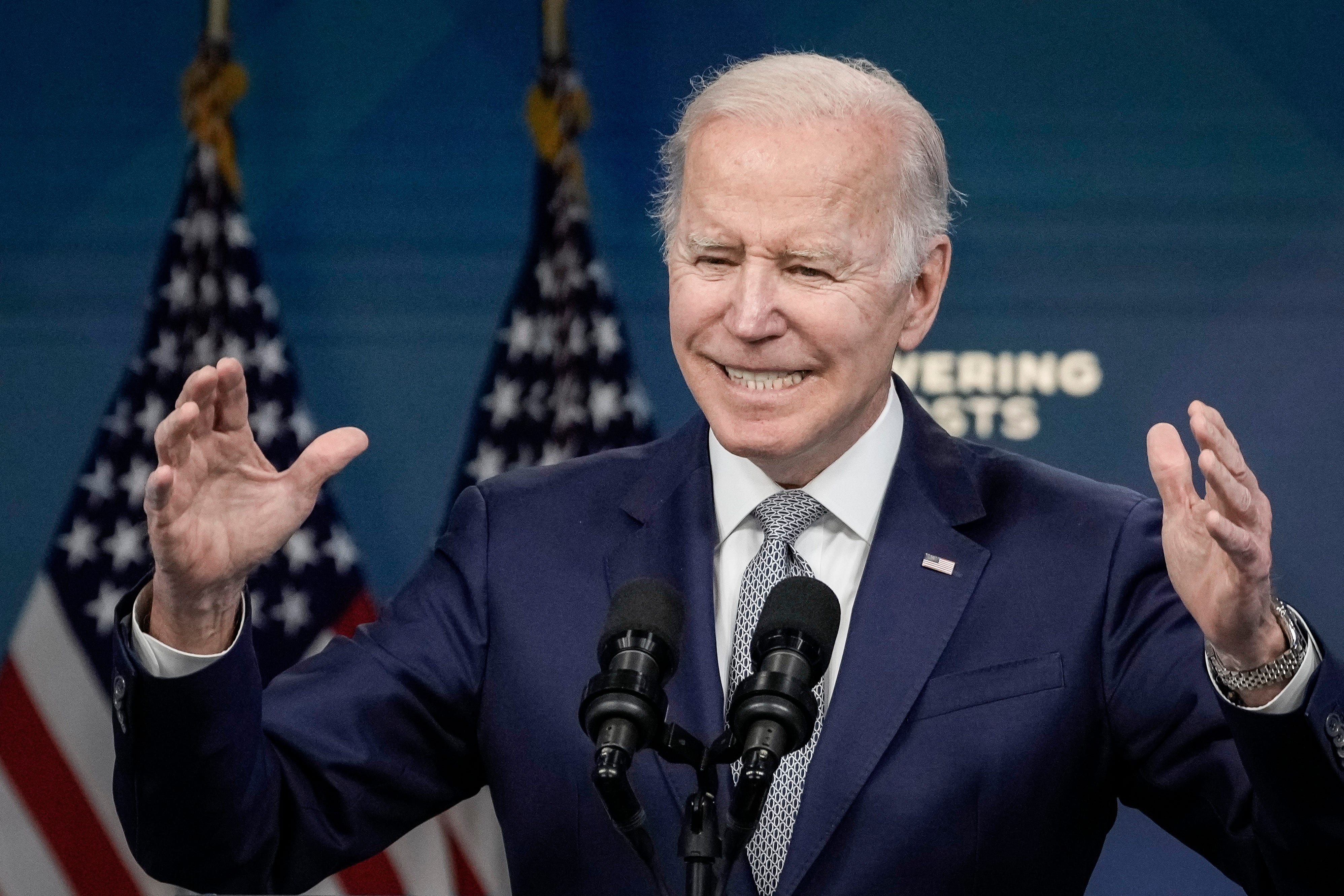 CNN senior data reporter Harry Enten said Tuesday night on CNN that President Biden was doing worse than Jimmy Carter on inflation and that American people were “holding him responsible.”

Host Anderson Cooper asked Enten about inflation and how bad it really was for Americans. The CNN reporter said it was “awful.”

He also noted that inflation got Carter and “killed that presidency” and that the Consumer Price Index was the worst it’s been in a midterm cycle since 1974.

Enten noted Biden’s disapproval rating on inflation was over 70% and that Carter’s was at 66% when he was in office.

“When you’re doing worse than Jimmy Carter’s doing in the minds of Americans on inflation you know that they’re holding you responsible for the conditions that are currently on the ground that are hurting Americans in their pocketbooks,” Enten said.

US President Joe Biden speaks at the 29th AFL-CIO Quadrennial Constitutional Convention at the Pennsylvania Convention Center in Philadelphia on June 14, 2022. (Photo by Nicholas Kamm / AFP) (Photo by NICHOLAS KAMM/AFP via Getty Images)

He said that while it was not a surprise, Americans “much more trust the Republican Party” on inflation.

Enten also emphasized that inflation was the driver behind the negative views of the president.

“Obviously for Democrats, any comparison to Jimmy Carter at this stage for President Biden, it’s not a great comparison,” Cooper said.

Enten agreed and added that inflation was the number one issue for voters ahead of the midterms.

He said that in looking at the generic congressional ballot ahead of the midterms, Republicans had the best position “basically, of all time at this point in a midterm cycle.”

Politico reported that the White House was worried the parallels to the Jimmy Carter presidency were going to stick with the administration amid skyrocketing gas prices and inflation.

The president is also very frustrated about his approval rating dipping below former President Donald Trump’s, who he believes to be the “worst president,” Politico reported.

Hanna Panreck is an associate editor at Fox News.