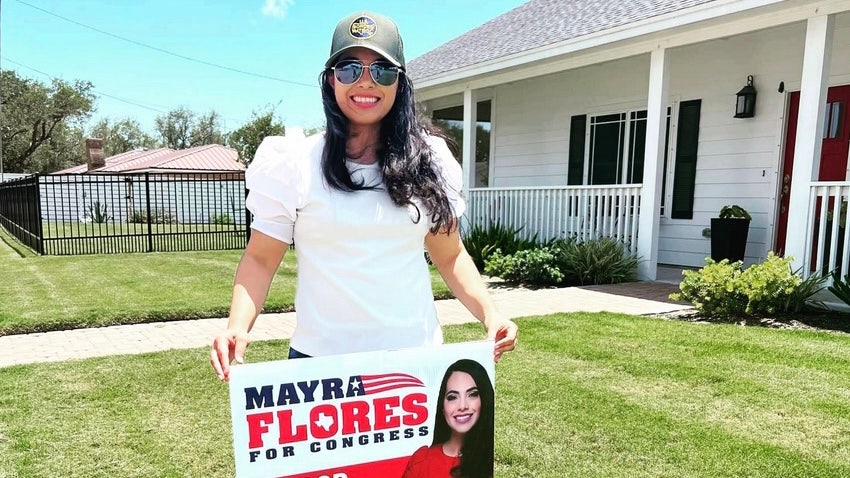 CNN journalists alerted Democrats that the Republican-won Texas special election in a historically Democratic district was a “big warning sign” to their party to stop taking Hispanic voters for granted.

Political analyst John Avlon worried that Republicans were appealing to Latinos on the economy and cultural issues, citing Donald Trump winning more Latinos in the 2020 election than he did in 2016.

Avlon warned the Democratic Party was missing the mark by using “identity politics” with the “diverse” community of Hispanic voters, of whom 52% identified as independent in 2021.

“[T]hat’s ten points higher than the population overall. So you can see why Democrats default to identity politics doesn’t really work. Here is more evidence, polling shows that one in four Hispanic voters have even heard of the politically correct term ‘Latinx’ and only 3% use it to describe themselves,” he said.

MSNBC ANALYST: DEMS NEED TO ‘SCARE THE HELL OUT’ OF MINORITY VOTERS THAT ‘WE’RE GOING TO LOSE OUR DEMOCRACY’

“This massive American community cannot be taken for granted by Democrats any longer,” Avlon cautioned.

Political commentator Van Jones agreed that Democrats were losing with Hispanics concerned about the economy and socially conservative issues.

“Democrats don’t see this coming, we overreact to the cultural moves, under-react to the economic appeal and you’re seeing a pay-off for MAGA,” Jones began.

He described Trump’s populist appeal and Republican wins on the issue of Critical Race Theory in schools as a “MAGA threat” stealing away voters from the Democratic Party.

Van Jones delivers a speech at the 2019 African Landing Commemorative Ceremony, observing the 400-year anniversary of the arrival of the first enslaved Africans in Virginia, in Hampton, Virginia, U.S., August 24, 2019. REUTERS/Michael A. McCoy

“I have never met a ‘Latinx.’ I’ve never met a ‘BIPOC’ (“Black and Indigenous People of Color”). This is obviously weird stuff that these highly educated people say, its bizarre,” Jones said, referring to the “weird” terms progressives use to appeal to young, college-educated liberals.

Latino voters have rejected the politically correct term “Latinx” preferred by some Democrats, with one 2021 poll showing only 2% of Hispanic voters even use it. The poll also showed 40% of Latinos were bothered by the term, and 30% said it would turn them off from voting for a candidate who used the term.

The CNN political commentator also criticized Democrats for smearing all Republicans as racists and making assumptions about Black and Hispanic voters.

A George-Soros-linked group has recently taken steps to acquire a popular Spanish-language conservative talk radio station in Miami, Florida, in an attempt to reach voters, outraging staffers at the network.

Kristine Parks is an associate editor for Fox News Digital. Story tips can be sent to kristine.parks@fox.com.