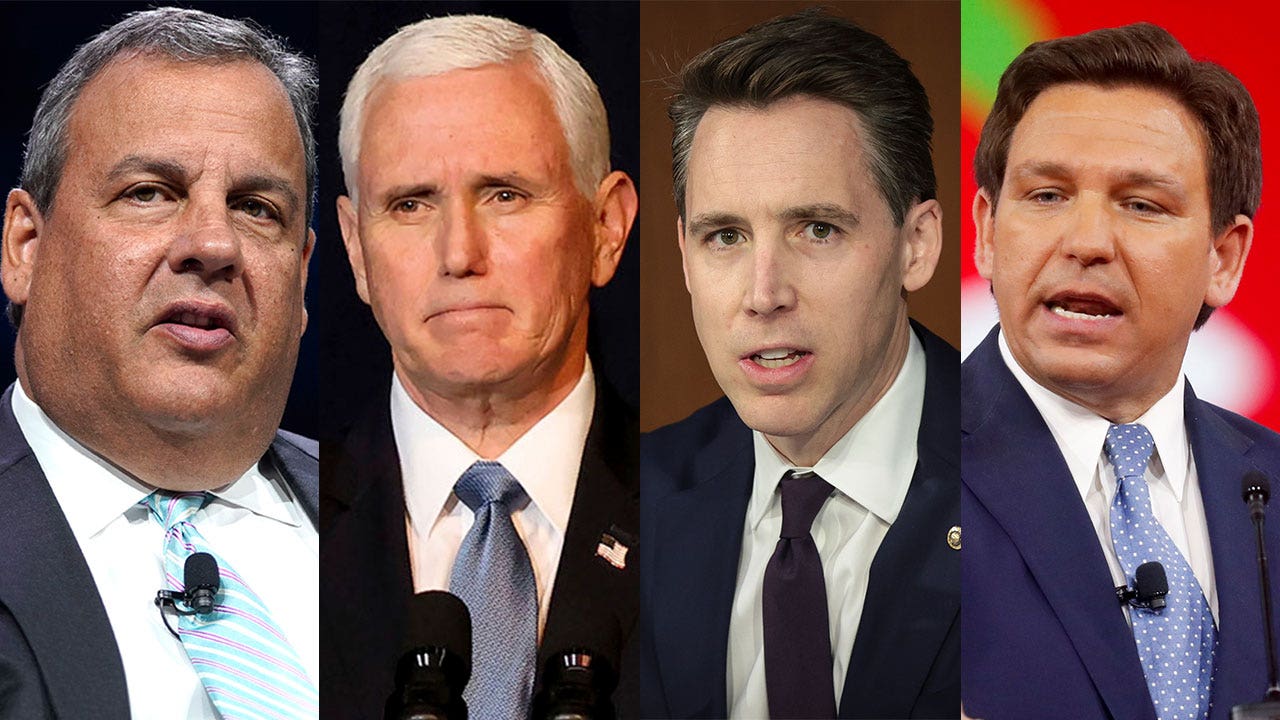 Former New Jersey Gov. Chris Christie spoke candidly about how he’d confront potential GOP rivals if they share a debate stage in a run for president in 2024.

Appearing on the “Ruthless” podcast Tuesday as a “ride along” guest, the co-hosts revisited Christie’s brutal takedown of Sen. Marco Rubio, R-Fla., during a debate in the 2016 election cycle.

Christie, who hasn’t shied away from the subject of another run for president, was presented with a “handful” of Republicans who may be floating a bid for the White House in two years and asked what he would say to dismantle them onstage in a similar fashion as Rubio.

Co-host Josh Holmes first named Sen. Rand Paul, R-Ky., and Christie complained, “We already did that!” alluding to his heated debate clashes with the senator.

“What more is there to say about Rand Paul?” Christie asked on Tuesday’s podcast. “What I did wrong the first time was I spent too much time on Rand Paul. You know, it was about 40 seconds of going after him… and in the end, ‘Saturday Night Live’ made fun of it later because Rand Paul – I did something and Rand Paul went to interrupt and ‘Saturday Night Live’ Wolf Blitzer says, ‘Excuse me, sir, this is not the time for audience questions.’ And Rand Paul goes, ‘I’m Rand Paul! I’m up here!’

“So you know, that really taught me something. So I think if I were to go at it again, I would use the ‘Saturday Night Live’ approach with Rand Paul and if he was saying bad stuff about me, I would just act as if it hadn’t even said, I didn’t even hear it… so irrelevant that I didn’t want to bother,” he added.

Holmes then pivoted to a “trickier” candidate and a “friend” of Christie’s; former Vice President Mike Pence.

After a lengthy pause, Christie replied, “Well, I mean, I think the most appropriate thing to say would be to say, ‘Look, it looks like you’re better now, your neck was on a hinge for four years and just nodding up and down from January 20 to January 6 of, you know, 2021. So I’m glad to see you’re better.'”

“This is the best – I can’t believe how we get to do this show,” co-host Comfortably Smug reacted.

“But I say that with the utmost respect,” Christie clarified.

When asked about Sen. Ted Cruz, R-Texas, Christie recalled in 2016 how he thought Rubio was “cheating” during the debates by getting information from his staff while onstage.

“So I’ll just tell you – all you need to know about Ted, like, after the way Marco performed on the debate, I’d be like, ‘Ted, you really think he’s cheating?'” Christie quipped. “So you just gotta keep your eye on Ted. You never know where he’s gonna come from.”

“So you’re going mind games on Ted,” Holmes suggested. “Like planning some things with the backstage crowd.”

“Yes,” Christie responded. “You get friendly with the makeup artists… That was the approach to Carly Fiorina, too, but we don’t need to talk about that. She’s probably not a candidate in the future.”

When presented with Missouri Sen. Josh Hawley, Christie told Holmes, “Look, if I have to do anything, I’ve failed.”

He then revealed his plan to leverage January 6 against Hawley.

“All you have to do is like – just hold up the picture of him on January 6, right?” Christie said, referring to the image of Hawley with his fist in the air gesturing to the pro-Trump crowd walking toward the Capitol Building to challenge the election results before the rioting began.

“If he says something bad about me or my record in New Jersey, whatever, I just – ‘Governor Christie, your response.’ You just go,” Christie said while gesturing holding a photo of Hawley from Jan. 6.

“You just hold the picture up?” Holmes asked.

The only candidate presented to Christie that the governor appeared stumped on was Florida Gov. Ron DeSantis, who is seeking reelection in November but has already generated plenty of 2024 buzz in recent months.

“You know, it’s gonna take some time because I don’t really know him,” Christie said.

“And he hangs out with your guv pals,” Holmes said.

“Which guv pal?” Christie asked. “I don’t think Ron hangs out with anybody from what I can tell. You know, like when I’m at the RGA meetings, Ron’s pretty much to himself and his entourage and he doesn’t really – I don’t see him hanging with the other governors. But I’m gonna need some time on that one…  I don’t know him well enough. You got to know these guys a little bit.

“You know, once you know him a little bit, then you know what really bothers them,” Christie added.

Joseph A. Wulfsohn is a media reporter for Fox News Digital. Story tips can be sent to joseph.wulfsohn@fox.com and on Twitter: @JosephWulfsohn.