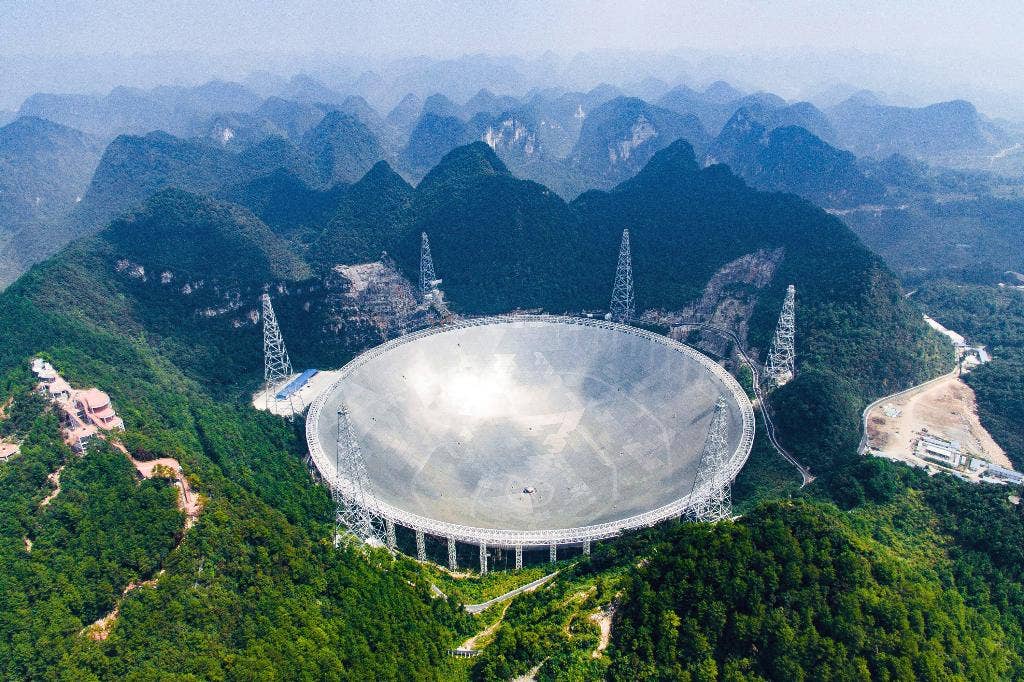 Chinese officials allegedly deleted reports related to a possible discovery of a sign of alien life received by their scientists this week.

Chief Scientist Zhang Tonjie told state-backed news site Science and Technology Daily that his team had discovered “several cases of possible technological traces and extraterrestrial civilizations from outside the Earth candidate signals” that differed from past signals the “Sky Eye” satellite has detected.

“The search for ‘China Sky Eye’ is a long one, and we have been working hard,” Zhang said, noting his team from Beijing Normal University would need to further investigate the signals as they most likely could simply be “some kind of radio interference.”

“This may be a long process,” he added.

The report, originally posted on Monday, has since disappeared from the website, showing only a “page could not be found” message. Neither Chinese officials nor the Daily’s editors have provided an explanation for the deletion.

The report already picked up interest and started trending on China’s social network and messaging app Weibo, and other state-run outlets reported on the article, Bloomberg reported.

CHINA MAY BE SPYING ON YOU THROUGH YOUR COFFEE MAKER, EXPERT SAYS

Sky Eye, the nickname for China’s 500-meter Aperture Spherical Radio Telescope (FAST), is a single-dish radio telescope that detects signals from various directions thanks to the 4,500 panels that form its surface.

Construction on the massive telescope cost around $171 million.

As the world’s largest and most sensitive radio telescope, Sky Eye focuses on the search for extraterrestrial life. Its mission started in September 2020 following three years of testing.

The research team formed from a cooperative agreement between Beijing Normal University, the National Astronomical Observatory of the Chinese Academy of Sciences and the University of California, Berkeley.

Zhang revealed that the team in 2020 discovered two groups of “suspicious” signals during the data processing of a 2019 survey.

The Pentagon in May showcased declassified photos and video of UFOs to Congress – including a flying object without a “specific” explanation.” In one brief and shaky video, a small object appeared to zip past a military pilot. In a separate video and a similar photo taken at a different time, glowing triangles are seen in the night sky.

The visuals were shown during testimony from Deputy Director of Naval Intelligence Scott Bray and Under Secretary of Defense for Intelligence and Security Ronald Moultrie.

Peter Aitken is a Fox News Digital reporter with a focus on national and global news.