Chicago speed cameras issue tickets at 6 mph over the limit. A vote today could mean the rollback of Mayor Lori Lightfoot’s policy change. 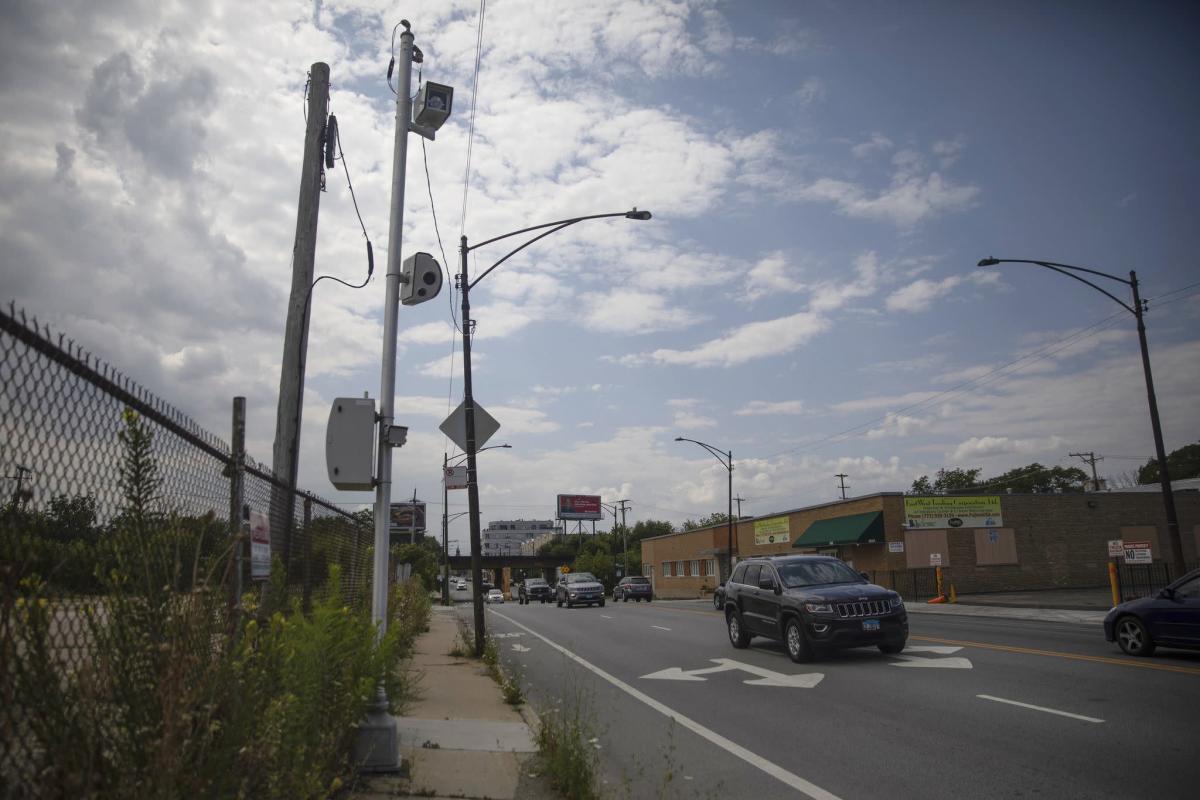 One of Chicago Mayor Lori Lightfoot’s signature policies — ticketing drivers caught by automated speed cameras going as little as 6 mph over the limit — is set to be tested Tuesday by aldermen who want to roll it back.

The City Council Finance Committee is scheduled to vote on mayoral critic Ald. Anthony Beale’s proposal to reset the speed camera ticket and raise the ticket threshold to 10 mph over the speed limit, as it used to be.

The committee debated the plan last week, but amid lots of sharp criticism of the Lightfoot standards, committee Chair Ald. Scott Waguespack recessed the proceedings, without a vote, until Tuesday. That led supporters of the Beale ordinance to contend Waguespack was buying the mayor time to line up votes to defeat it.

Lightfoot lowered the speeding ticket minimum as part of her 2021 budget, arguing it would make city streets safer and saying she did not do it to raise more money. Though she campaigned on a pledge to end Chicago’s “addiction” to fines and fees, the mayor said safety-related issues like speeding deserve tougher enforcement.

Nonetheless, the new standards have proven lucrative and drawn loud rebukes from Beale and others who contend the mayor is trying to balance Chicago’s books on the backs of poor and working class residents who can ill afford the new $35 tickets each time they get busted.

Sign up for The Spin to get the top stories in politics delivered to your inbox weekday afternoons.

The city sent out over 1.6 million of the $35 speed camera tickets in 2021, even though Lightfoot’s new rules didn’t take effect until March. Just in the first two months, the city issued $11 million in fines for those caught going 6 to 10 mph over, a Tribune investigation found. Nearly 900,000 warnings were also sent out to drivers caught going 6 to 9 mph too fast in the month before the lower threshold started.

Drivers are also charged $35 if the cameras catch them going 10 mph over the limit, and $100 tickets go out to those caught 11 or more mph too fast. Mayor Rahm Emanuel put those guidelines in place for the speed cameras in safety zones around parks and schools, and Beale’s ordinance would revert to them.

It would be rare for Lightfoot to see such a key initiative reversed, but aldermen are up for reelection early next year — as is the mayor herself — and this vote puts them in a tough spot.

The camera are installed around parks and schools where more walkers, bike riders and children are likely to be. And while pedestrian and bicycle safety organizations tend to support the 6 mph ticket minimum on the grounds they get motorists to slow down, many Chicago drivers resent yet another example of the city nickel-and-diming them and aldermen complain the cameras often aren’t really very close to schools or parks.

Lightfoot included the change within her massive 2021 budget package, so aldermen did not have to vote on it specifically then. Now they are being forced to choose sides on a divisive issue not long before many of them face voters.

If Finance passes the Beale ordinance Tuesday, the full City Council would be slated to consider it Wednesday.