Central banks are desperate to make up for past sins 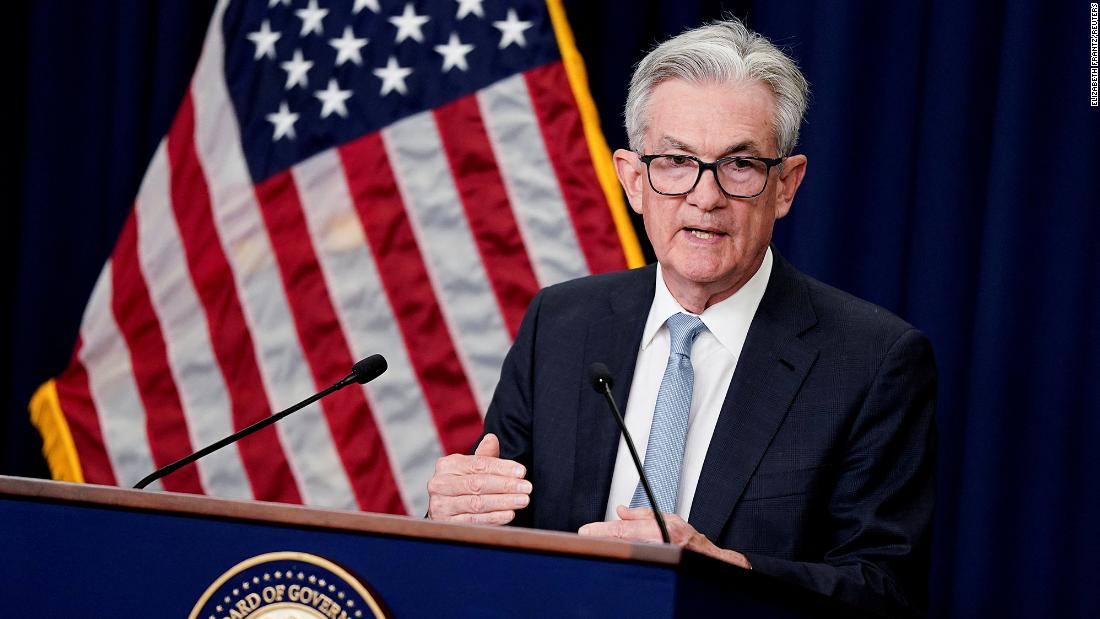 Previously, Fed Chair Jerome Powell had indicated that the central bank would increase rates by half a percentage point this month. But worrying inflation data released last Friday, which showed prices leaping 8.6% in the 12 months to May, underscored the need for more aggressive action.

“I do not expect moves of this size to be common,” Powell told reporters. Still, he left the door open for another hike of the same magnitude next month if the data doesn’t improve.

The Fed isn’t alone in trying to prove it’s on the ball.

The European Central Bank held an emergency meeting on Wednesday after its announcement last week that it intends to hike interest rates for the first time since 2011 roiled bond markets in Italy and Greece.

Following the meeting, the ECB said it would accelerate work on new ways to reduce stress on such heavily indebted European countries as interest rates rise.

But investors are having a rethink Thursday. Trying to correct past mistakes is hard work. It can also limit future policy options.

If the ECB had made clear at its meeting last week that it wouldn’t stomach “fragmentation” in Europe’s bond market — referring to rapid the run-up in Italian and Greek bond yields — it wouldn’t have had to correct course, according to Holger Schmieding, chief economist at Berenberg Bank.

The ECB clearly has the capacity to intervene as needed. But the communication slip-up could have lasting consequences, he argued.

“The ECB [on Wednesday] managed to reverse some of the sell-off,” he said in a note to clients. “But after the turmoil of the last few days, markets are now more nervous than before.”

Strategists are also worried that the Fed’s sharp rate hike could increase the odds of a US recession by rapidly slamming the brakes on growth.

“Inflation is strong and has not peaked, so Powell is backed into a corner,” said Kenny Polcari, managing partner at Kace Capital Advisors. “They should have been more aggressive earlier in the process.”

When will bitcoin’s sell-off bottom out?

Bitcoin has tumbled this week as the sell-off in digital assets shows few signs of abating, fueling debate among die-hards about how much further prices could drop before they start to stabilize.

The world’s most valuable cryptocurrency almost hit $20,000 on Wednesday. It’s lost around 70% of its value since it hit an all-time high in November last year, when it traded around $69,000.

Falling below the $20,000 barrier would be a sobering milestone for a market that boomed during the pandemic, analysts say.

“A move below $20,000 would be a massive psychological blow and could send bitcoin further into a tailspin,” said Craig Erlam, senior market analyst at Oanda, a foreign exchange firm.

Ether, the second-most valuable digital coin, has now lost almost 80% of its value since its November peak.

But long-term investors are shrugging off the extreme price drops.

“Crypto bear markets usually draw down between 85% and 90%,” said Jason Yanowitz, co-founder of Blockworks, a research platform for crypto investors.

“I really disagree with the folks who say there’s no way to recover from something like this,” Yanowitz said.

The high cost of gas and food is causing US consumers to pull back spending on other items, another sign that America’s economy — while still looking solid — could be starting to lose steam.

Retail sales in May fell 0.3% compared with April, the first decline in spending this year, according to data released Wednesday.

Spending at other retailers, meanwhile, was down 1% compared with the previous month.

The numbers were softer than expected. But they could have been worse given just how quickly sentiment among consumers has deteriorated. Stress about high gas prices, as well as alarm about turmoil in the stock market, has pushed consumer confidence to a record low.

“You see continuing shifts in consumption, you see some sales going down, but overall spending is really strong,” Powell said Wednesday. “The consumer is in really good shape financially.”

Remember: Households still have savings from the pandemic they can draw on to cushion the blow from high inflation. Compared to May 2021, retail sales are up 8.1%.

Kroger reports earnings before US markets open. Adobe follows after the close.

Initial US jobless claims for last week and May housing starts arrive at 8:30 a.m. ET.