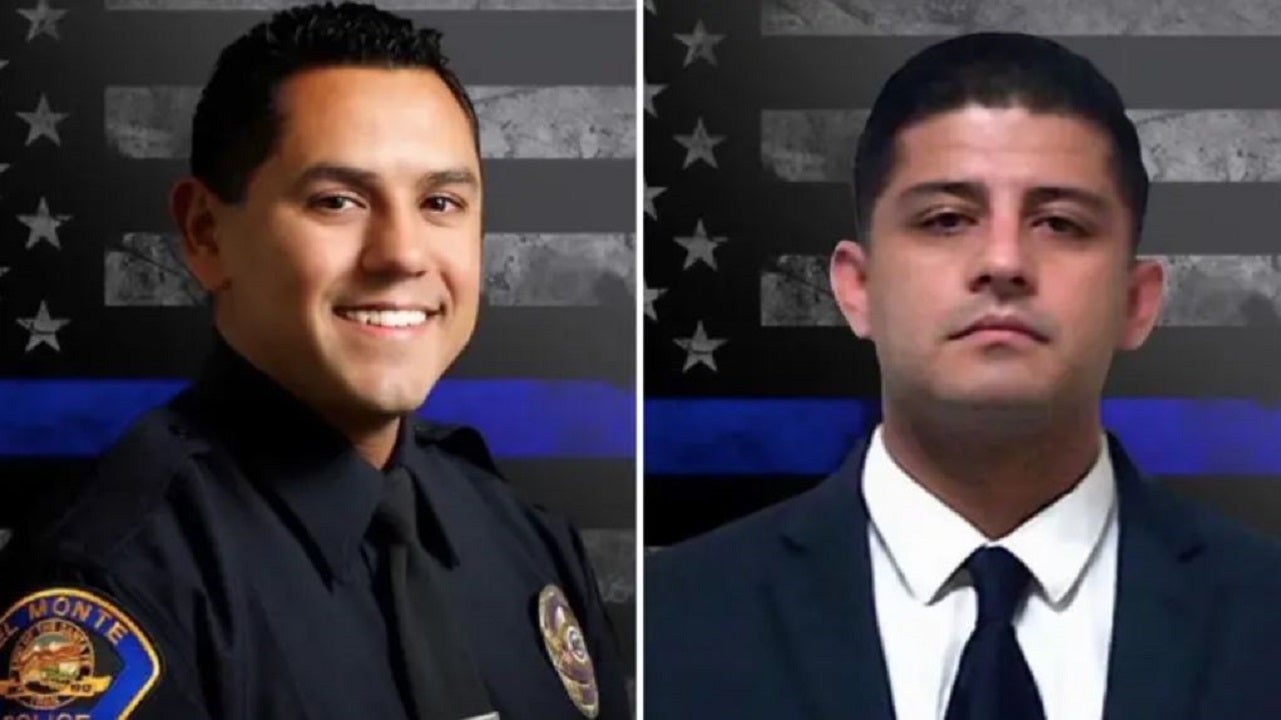 The deceased suspect accused of killing two California police officers during a shootout was a gang member on probation for a weapons charge after receiving a lenient sentence under a plea deal.

He had a previous strike conviction ad received two years probation for a charge of being a felon in possession of a firearm. The sentence is in accordance with the policies of Los Angeles County District Attorney George Gascon, who was recently taken to task by a state appeals court over his refusal to prosecute three-strike cases.

That allowed Flores to plead no contest and receive a light sentence despite having a strike on his criminal record.

SLAIN LA AREA POLICE OFFICERS WERE ‘AMBUSHED’ BY ‘COWARD’ WHILE ’TRYING TO SAVE A FAMILY,’ OFFICIALS SAY

The city of El Monte announced Corporal Michael Paredes and Officer Joseph Santana were killed in the line of duty.
(City of El Monte)

Sources in the district attorney’s office told Fox News that if Flores would have been prosecuted in February 2021 under the normal procedure, he would have likely been sentenced to up to three years in prison.

The revelation is likely to direct more criticism at Gascon, who faces a recall over his policies. On Wednesday, the recall campaign said they had collected the number of signatures needed to let voters decide.

Fox News has reached out to Gascon’s office.

Cpl. Michael Paredes and Officer Joseph Santana were responding to a local motel over reports of a possible stabbing when they encountered a suspect. A shootout broke out and both officers were struck.

They later died in a Los Angeles hospital, officials said.