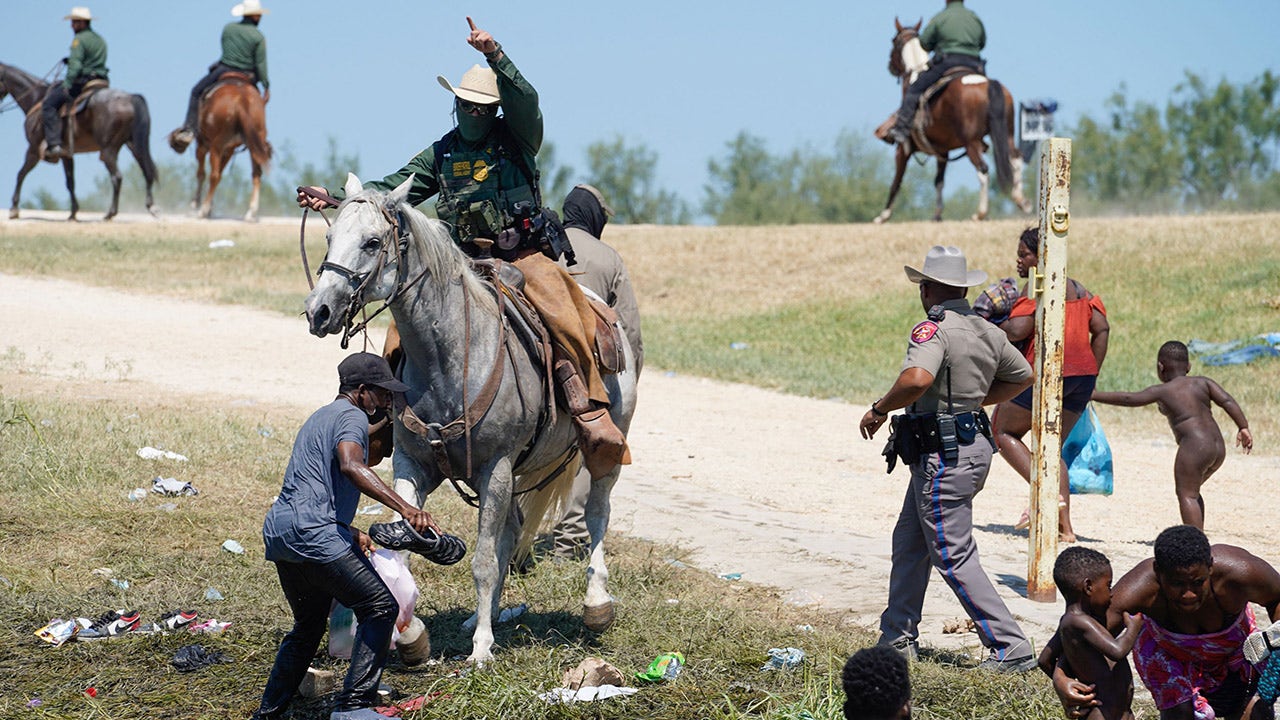 President Joe Biden’s weaponizing of the law enforcement investigative branch of Customs and Border Protection for political gain should scare every American.

It is well established that Biden does not like the mission or the law enforcement agents of the U.S. Border Patrol, the agency tasked with being the United States’ front line of defense against some of the most dangerous transnational criminal organizations in the world. His party has repeatedly demonized the good men and women of the Border Patrol to score political points amongst his base. But scoring political points with rhetoric no longer seems to be enough.

On Tuesday, Fox News’ Bill Melugin reported DHS was prepared to imminently discipline the Horse Mounted Border Patrol Agents who President Biden accused of “strapping” illegal border-crossers from Haiti. Although false, the president never walked back his comments. In fact, without any evidence and without waiting for an investigation, he said “those people will pay.”

And pay they certainly are. But what are they paying for?

In April of 2021, illegal border-crossers started congregating in Del Rio, Texas next to the Del Rio Bridge that spans the Rio Grande River into Mexico. These groups would congregate as they waited for Border Patrol agents to take them into custody so they could claim asylum.

In September, just three months after the administration was warned, the single largest illegal immigration event in the storied history of this country happened. And the Biden Administration was nowhere to be found.

The event was so big it required the assistance of several hundred Texas DPS officers along with every single Border Patrol agent assigned to the Del Rio Sector. At one point, there were nearly 15,000 illegal border-crossers camped under the Del Rio Bridge, a scene that is usually only found in war torn countries.

To deter more people from entering the country illegally, the administration, through the Border Patrol, deployed horse mounted Border Patrol agents to the Rio Grande River. It was a nearly impossible task due to President Biden’s catch-and-release policy, but it was believed that the intimidating presence of 1,000-pound horses would be helpful in controlling the large numbers of illegal border-crossers.

Although an incredibly dangerous assignment the agents answered the call and deployed to the river.

The agents quickly found themselves surrounded by illegal border-crossers with more than 10,000 unrestrained persons to their back and several hundred crossing the river.

It was a nightmarish law enforcement operation as intelligence reports were already circulating indicating that violence could erupt at any time.

It was against this backdrop that a photographer and videographer captured images that were cherrypicked by the mainstream media and used to create President Biden’s false narrative. A narrative that quickly fell apart when honest news outlets and the photographer himself chose to report the truth.

A president who cares about the rule of law and the safety and security of the American people would have humbly submitted to the corrected version of events and moved on. Instead, Biden doubled down and ordered an investigation by executive branch employees from the Office of Professional Responsibility, who are overseen by presidential political appointees.

The sham was on and even though DHS Secretary Mayorkas said the investigation would take days, it took months. Months that forced the falsely accused agents to be relegated to administrative duties, taking away any promotional potential.

It can only be concluded that the investigation took so long to ensure the agents were on administrative duties for an inordinate amount of time and to give the investigators time to develop charges to justify Biden’s promise that “those people will pay.”

To use an investigative law enforcement entity to carry out political retribution for political gain is deplorable and reeks of deep state machinations usually seen in corrupt countries run by authoritarian regimes.

In the greatest democracy the world has ever known, this should have never been allowed to happen. President Biden’s false allegations and his statement “those people will pay” should have ensured that no executive branch entity conducted this investigation.

Although things might appear bleak, the National Border Patrol Council will vigorously defend the wrongly accused and scapegoated agents.