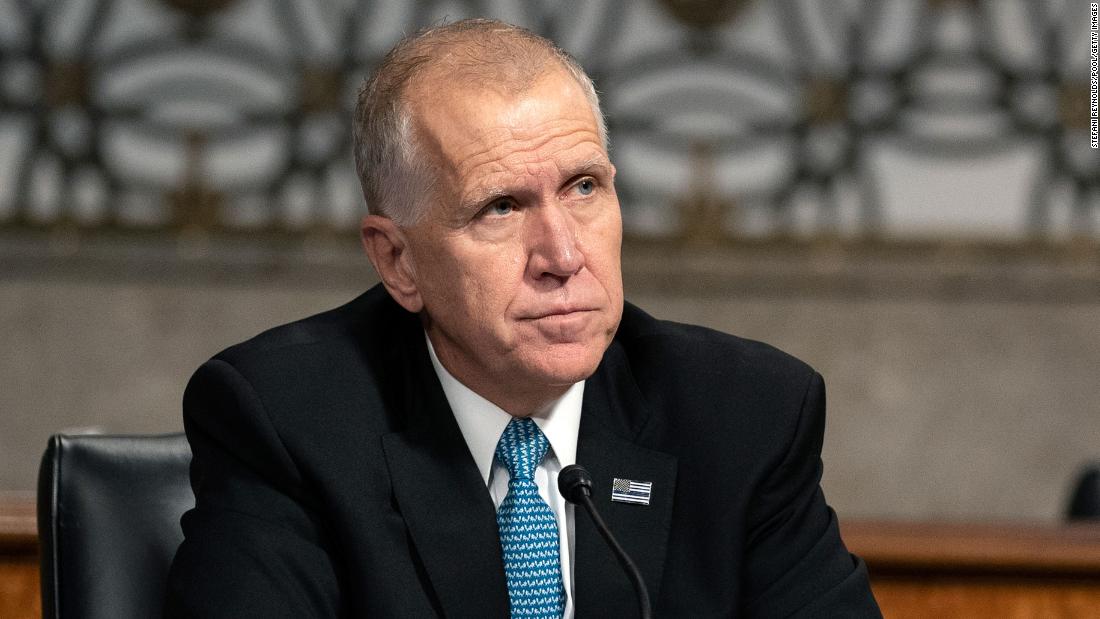 “There are more,” said Sen. Thom Tillis, a Republican from North Carolina, when asked if backers had added more GOP names to the list of supporters — which stood at five last week — although he refused to say exactly how many.
“There are others who are privately mulling and leaning in that direction,” agreed Wisconsin Democratic Sen. Tammy Baldwin, another sponsor, who said Democratic absences due to Covid could impact the timeline of when Senate Majority Leader Chuck Schumer schedules a vote, meaning it could be pushed past the August recess. “We will move when we’re sure we have 10. But I think I would not be surprised if we had significantly more in the end.”

Republican Sen. Susan Collins of Maine, a co-sponsor of the Senate version of the bill, told CNN on Tuesday morning that they are “very close” to finding 10 Republican votes. However, she acknowledged it’s not a done deal.

“I’m very hopeful that we can, but of course, you never know until the roll is called,” she said.

“I’ve had a number of conversations with my colleagues. And this bill is very straightforward — all it does is put into federal law the protection for the million same-sex marriages that are out there today,” she said.

Several GOP senators said they were holding off making up their minds about the legislation at least until Democrats schedule a vote.

“I am not going to make an observation about that until the issue is actually brought up in the Senate,” said Senate Minority Leader Mitch McConnell at a news conference.

“I have not, ” said North Carolina Republican Sen. Richard Burr on whether he had made up his mind. “I’ll see if it comes up and then I’ll make a decision.”

GOP Sens. Mitt Romney of Utah and Roy Blunt of Missouri also said they hadn’t decided what they will do.

Sen. Todd Young, a Republican from Indiana, said he would have “more to say” about the same-sex marriage bill after the Senate finishes work later this week on a bill on the floor now that he co-sponsored to increase the production of semiconductor chips.

Iowa Republican Sen. Joni Ernst said she is talking to her constituents about the issue. “I’m hearing from both sides right now. I’ve just got to hear from Iowans,” she said.

Sen. John Kennedy, a Republican from Louisiana, remained silent and boarded an elevator as he was asked by reporters about the issue.

Connecticut Democratic Sen. Richard Blumenthal was asked about the reluctance of many of his GOP colleagues to make public their positions ahead of a possible vote on legislation that passed the House last week: “I think a number of them just hope it goes away. But when push comes to shove, I have trouble seeing them vote against it, many of them who are ducking it now.”

Senate Republican Whip John Thune said Republicans are weighing a range of issues in terms of their support — such as whether it’s a state or federal issue or the likelihood the Supreme Court would ever overturn the right to same-sex marriage as it did with recently with abortion — and warned Democrats are trying to distract from economic woes ahead of the critical midterm elections. He said he expects Democrats will move the bill when they think they have the 60 votes needed to overcome a filibuster.

“I don’t know exactly the answer to that,” Thune said about how many Republicans will support the legislation. “My guess is that when they (the Democrats) think they have it, they’ll probably try to move it.”

Tillis argued the same-sex legislation is different from the recent vote on a Democratic measure to codify Roe v. Wade, which he described as “radical.”

“This is a sincere codification of current law,” he said.