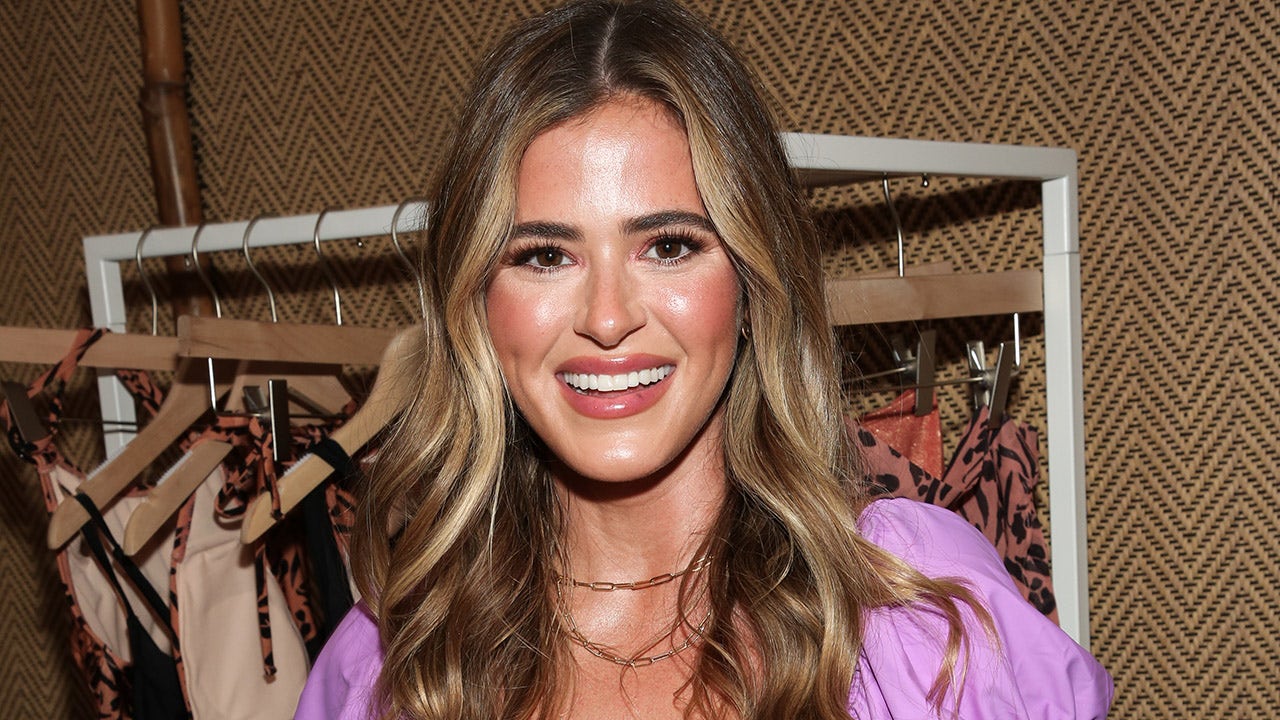 JoJo Fletcher is a “Bachelorette” breaking the mold. The 31-year-old reality star, who tied the knot with her final rose winner Jordan Rodgers one month ago, left life on the show in California and picked right back up where she left off living in her home state of Texas.

The pair isn’t following the traditional path of former “Bachelor” couples — and have since set their sights on home renovations. Plus, Fletcher spoke with Fox News Digital about the work they’ve put in to protecting their six-year relationship and planning their stress-free wedding following multiple COVID setbacks.

Fletcher first found television fame more than seven years ago as a beloved “Bachelor” contestant on season 20 of the popular dating show, and made it to the final rose ceremony only to be left broken-hearted when she was sent home while cameras were rolling.

But fans fell in love with JoJo Fletcher, and she returned to TV stronger than ever as “The Bachelorette” on season 12 in 2016, where she found her true love in Jordan Rodgers. He proposed on the season finale filmed in Thailand. He proposed again in 2019 with a new ring, and most importantly, without camera crews following them around as they toured wedding venues.

Fletcher and Rodgers made it a priority to focus on their relationship and creating a “normal life” outside the “Bachelor” lifestyle following their engagement.

‘THE BACHELOR’ STARS JOJO FLETCHER AND JORDAN RODGERS ARE MARRIED: ‘WE FEEL SO LUCKY!’

“When Jordan and I first got together, the most important thing to him and me, in our relationship, was to remove ourselves from the bubble, because we knew it wouldn’t help our relationship,” she said.

“So we went back to work. Right after we got together, we went right back to work in terms of flipping houses and remodeling houses, and Jordan started doing that with me.”

Fletcher, who was a pre-med major at Baylor University before diving into the world of real estate development, wanted to get back to “normal life” after “The Bachelorette” ended.

They moved to Dallas, Texas, and worked in real estate while also using their on-camera expertise as hosts of “Cash Pad” where they helped homeowners flip investment properties. They also served as hosts of “Battle of the Fittest Couples” in 2019.

“We definitely came home and said we’re going to get back to normal life … and six years later, we’re here.”

— JoJo Fletcher on moving to Dallas

“We wanted to take on new ventures,” she said. “It’s been something that I’m so fortunate and thankful the show has brought me these new opportunities. I’m so grateful for that show. We definitely came home and said we’re going to get back to normal life … and six years later, we’re here.”

The pair exchanged vows during an intimate ceremony with their closest friends and family at the Sunstone Winery in Santa Ynez, California, on May 14 after previously postponing their nuptials twice due to the coronavirus pandemic. One member of the family was reportedly not in attendance though, as fans know, Fletcher’s brother-in-law Aaron Rodgers wasn’t pictured as they exchanged vows during their romantic vineyard wedding.

Of wedding planning in general, Fletcher shared that she “was totally prepared to take” on the “stress to plan a wedding.

“Wedding planning was fun for me. Even along the way with every bump, every little hiccup – hearing the [planning] news was a stressful part and having to pay for it was stressful, but the help that I had made it so bearable.

“I feel bad saying that I didn’t fully feel the extreme stress, but I will say the last two weeks before our wedding, after two or three years of planning, that’s when I was the most stressed.”

Fletcher said, for the most part, their dream wedding plans stayed the same from the beginning stages, with “little tweaks” along the way. They had an idea toward creating a romantic aesthetic with an intimate ambience.

“It was perfect. It was not too big or too small – just perfect.”

— JoJo Fletcher on her wedding to Jordan Rodgers

“We stayed really consistent, which is unlike me,” the home renovation expert joked. “We always knew our guest list. We actually had a pretty conservative number in terms of the closest people to us.”

With 170 guests celebrating their commitment to love on a picturesque vineyard in north of Santa Barbara, JoJo admitted their big day “ended up being exactly what we wanted.”

She added: “It was perfect. It was not too big or too small – just perfect.”

Sources reported Jordan’s quarterback brother Aaron Rodgers wasn’t in attendance at the wedding following years of a broken relationship, but the couple were supported by fellow “Bachelor” alums including Becca Tilley, Raven Gates and Adam Gottschalk.

Fletcher proved to be able to carry even more on her plate as she revealed she was designing a new swim and beachwear collaboration with Cupshe while also planning the nuptials during the peak of the pandemic.

“Neither one ever stressed me out,” she said. “Designing the collaboration with Cupshe was so fun for me and I think both have to do with the people I got to work with. When you have great teams and good people to work with that understand your vision and understand what you want … it makes things seamless.”

Designing virtually wasn’t without its faults, though, as Fletcher admitted mailing fabric swatches back and forth made logistic elements a little more difficult than a normal design process, but the colorful range was worth it in the end.

“Swimwear is something that we all want to feel beautiful and sexy in, but it’s also hard to find pieces that don’t break the bank,” she said. “And I feel like we have a bunch of different moods that can fit different people. My Cupshe line is accessible. I think that was the biggest thing.”

Fletcher and Rodgers are the fifth “Bachelorette” couple to get married from the franchise, following Trista and Ryan Sutter, Desiree Hartsock and Chris Siegfried, and Rachel Lindsay and Bryan Abasolo. Season 7 “Bachelorette” Ashley Hebert and winner J.P. Rosenbaum divorced in October 2021.

Tracy Wright is an entertainment writer for Fox News Digital.