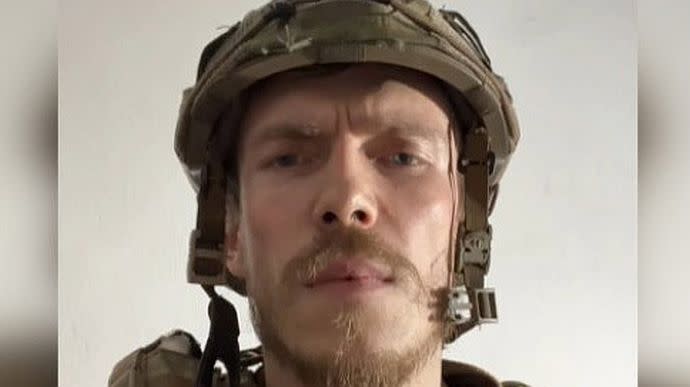 Denys Prokopenko, Commander of the Azov Regiment of the National Guard of Ukraine, has handed over his duties to Major Mykyta Nadtochii.

Source: Major Nadtochii in a comment for Radio Svoboda

Quote from Nadtochii: “It was just a Telegram message [from Denys Prokopenko – ed.], which said ‘whenever you are ready to assume the position, contact such and such people, and then go and assume command until I return’.”

Details: Prokopenko is currently a prisoner of war in Russia.

During the siege of Mariupol, Nadtochii commanded the second battalion of the Azov Regiment.

Nadtochii said that he was wounded in fighting at Azovstal in March, during the early days of the siege of Mariupol. While attempting to transport the deceased and wounded to the hospital on the territory of Azovstal, a rocket launched from a Russian assault aircraft exploded right next to him. Fragments from the rocket hit Nadtochii’s head, both legs, stomach, and left arm.

On 21 March, Ukrainian helicopters evacuated Nadtochii alongside other severely wounded soldiers. He was among the first people to be evacuated by helicopter from Azovstal.

According to Nadtochii, the helicopters first delivered food, and then began to evacuate the severely wounded, including himself.

Read also: An Island of Hope: How the Azovstal defenders got out and where they are now