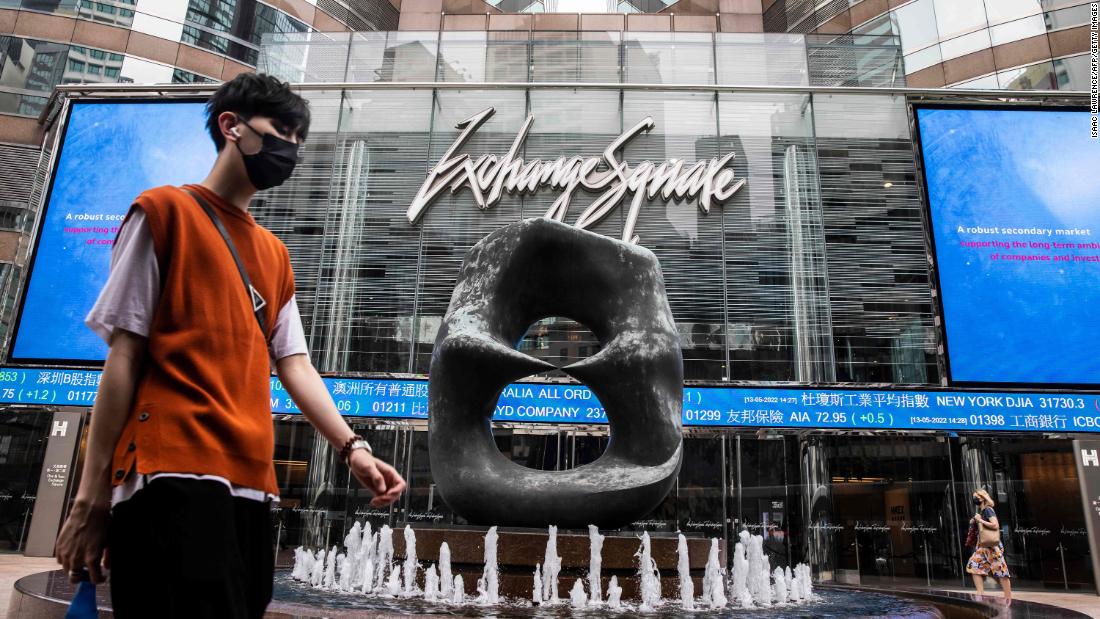 In line with the Fed’s move, the Hong Kong Monetary Authority (HKMA) on Thursday increased its policy rate by 75 basis points to 2%.

Hong Kong’s monetary policy moves in lockstep with the Fed, as its currency is pegged to the US dollar in a tight range. The city is compelled to raise rates to prevent rising outflows when the Fed tightens.

But rising interest rates could also derail Hong Kong’s still fragile economic recovery from the Covid-19 pandemic. Last month, the city downgraded its growth forecast for 2022 to a range of 1% to 2%, compared with 2% to 3.5% previously.

Eddie Yue, president of the HKMA, said Thursday that widening interest rate spreads between the US and Hong Kong markets could lead to rising outflows from the city, but Hong Kong has ample liquidity in the banking system and strong capital buffers.

US stocks closed higher on Wednesday after the Federal Reserve announced it will increase interest rates by an aggressive three-quarters of a percent.

Wednesday’s rate hike — the largest in 28 years — signaled to investors that the Fed is committed to lowering inflation rates. Fed chair Jerome Powell indicated that a similar hike could come in July if the economic data doesn’t improve.

“Given the persistence of inflation and the Fed’s resolve to bring it down, its seems likely that July meeting could see another 75 [basis-point] rate hike, ” said Kerry Craig, global market strategist for JP Morgan Asset Management, in a note on Thursday.

“Just like in other areas of the world, emerging Asian markets are not able to escape the inflation pressures, particularly from rising food prices, and we expect further policy tightening across Asian central banks in response,” he said.