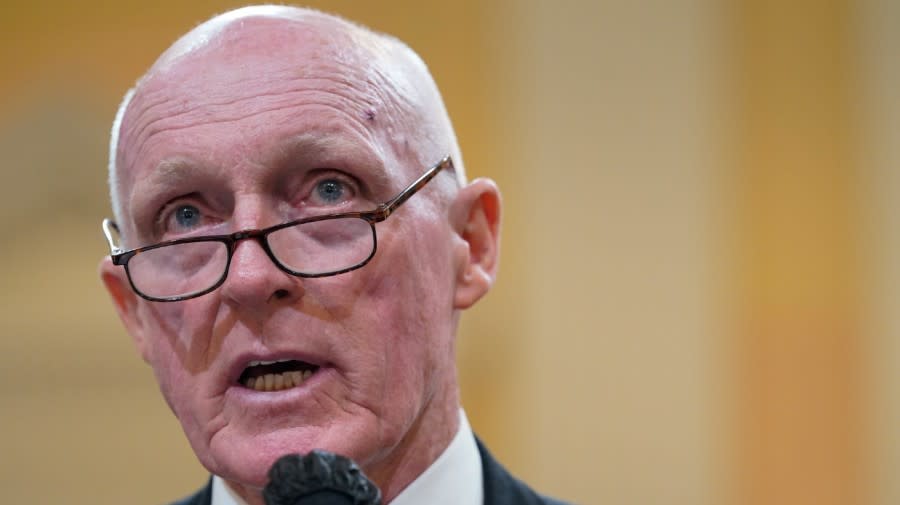 Arizona House Speaker Rusty Bowers (R) refuted former President Trump’s description of a phone call between the two men after the 2020 presidential election, telling the members of the select House committee investigating the Jan. 6, 2021 attack on the U.S. Capitol he never told Trump the election was rigged.

Rep. Adam Schiff (D-Calif.), a member of the Jan. 6 panel who took a leading role in Tuesday’s hearing, began Bowers’s in-person testimony by asking the Arizona official about a phone call that took place between him and Trump after the 2020 presidential election.

Trump, in a statement Tuesday morning, said Bowers “told me that the election was rigged and that I won Arizona.”

Bowers, however, denied that description under oath later Tuesday.

Pressed on if he did, indeed, tell Trump that the election was rigged and that he actually won the race, Bowers testified that has never made such a statement.

“Anywhere, anyone, anytime has said that I said that the election was rigged, that would not be true,” Bowers said.

“And when the former president in his statement today claimed that you told him that he won Arizona, is that also false?” Schiff asked.

“That is also false,” Bowers responded.

The exchange came at the start of Bowers’s testimony before the panel. Tuesday’s public hearing, which is the fourth so far this month, is focused on Trump’s role in pressuring state officials to reverse the results of the 2020 election to keep himself in power.

Bowers received a call from Trump and attorney Rudy Giuliani amid the pressure campaign to overturn the results of the election.

For the latest news, weather, sports, and streaming video, head to The Hill.