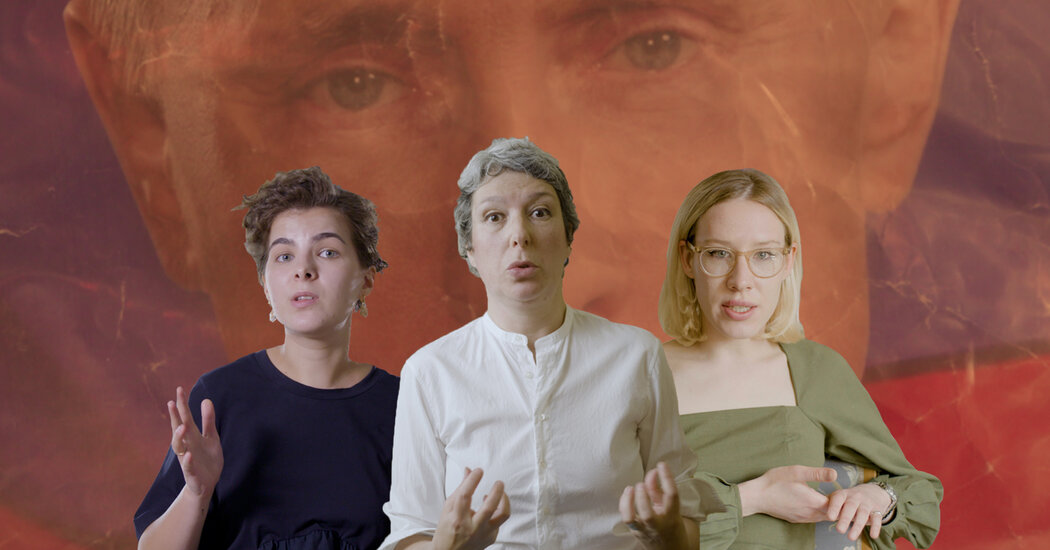 With Vladimir Putin’s invasion of Ukraine in February, it suddenly became very difficult to be Russian in this world. A nation, it seemed, had become a global pariah overnight.

This fell particularly heavily on cosmopolitan Russians who had viewed themselves as citizens of the global community and had opposed the war but now feared a kind of international cancellation based on their nationality alone.

Yet for many, things were even worse inside Russia. The country they called home and was central to their identity had revealed itself as something different and darker than they knew.

Two of the women — Natasha Zamorskaya, an activist, political aide and journalist; and Elina Kulikova, a performance artist and theater director — fled Russia, like tens of thousands of others, soon after the war began. The third — Anna Narinskaya, a literary critic, curator and educator — has remained in Russia.

With aching honesty, they describe the feelings that have overwhelmed them: anger and sadness, loss and regret, and a near-paralyzing uncertainty about who they are now and what will become of their lives, which were so closely tied to a country that in some ways feels foreign to them now.

Their struggle has been complicated by a concern that this might not be the time to give voice to their pain, not while their government inflicts such horror on Ukrainians.

As Ms. Zamorskaya says, “I think silence is my punishment now.”