Analysis: GOP Senate candidate’s video calls for some Republicans to be hunted 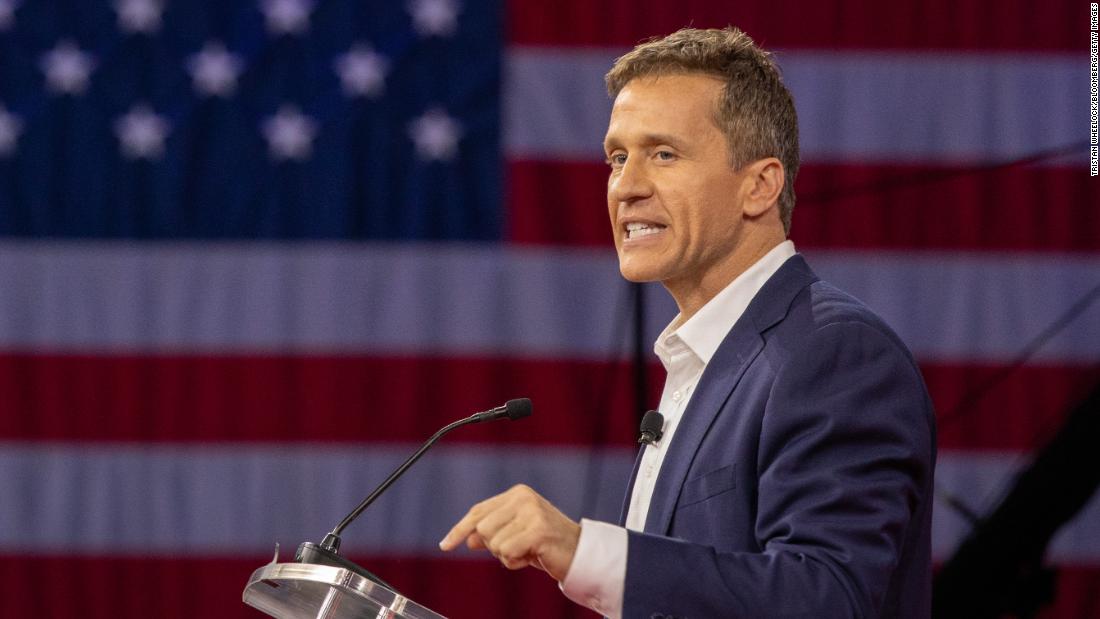 “There is violence in the future, I’m going to tell you,” Kinzinger said on ABC’s “This Week.” “And until we get a grip on telling people the truth, we can’t expect any differently.”
Less than 24 hours later, Eric Greitens, a leading contender for the Republican Senate nomination in Missouri, released a new video in which he is depicted as hunting RINOs (Republicans in Name Only).

“I’m Eric Greitens, Navy SEAL, and today we’re going RINO hunting.” Greitens says as he walks down a sidewalk with a gun in hand.

The video cuts to a house where Greitens, surrounded by a tactical unit, waits by the door. “The RINO feeds on corruption and is marked by the stripes of cowardice,” says Greitens. The unit smashes the door down and throws what looks like a smoke grenade. Greitens strides through the door. “Join the MAGA crew,” he says. “Get a RINO hunting permit. There’s no bagging limit, no tagging limit and it doesn’t expire until we save our country.”

1) Given the extremely contentious nature of our political climate — not to mention the recent mass school shooting in Uvalde, Texas — is it really wise to post a video that shows the house of a political opponent being stormed by people with big guns?

2) The inherent message in Greitens’ video is that it’s totally ok for armed individuals to storm a private home because, um, the person living there doesn’t agree with your views on politics and policy. Sit with that one for a minute.

What’s remarkable is that this isn’t a video posted by some fringe candidate who has no chance of winning and is desperate for attention. Quite the contrary. Greitens is seen as one of the top candidates in the Missouri GOP Senate field ahead of the August 2 primary. Greitens resigned as governor of the state in 2018 after a series of ethical lapses and accusations of sexual assault. He did not admit to any legal wrongdoing, and criminal charges against him were dropped.
While Donald Trump has yet to offer any endorsement in the race, Politico reported earlier this year that the former President is fond of Greitens. Among the other candidates running for the Republican Senate nomination in Missouri are Reps. Vicky Hartzler and Billy Long and state Attorney General Eric Schmitt.

What would prompt Greitens to post a video that’s, at best, irresponsible and at worst, outright dangerous? Because he believes it will work.

And by “work” I mean two things:

1) It will draw a massive amount of attention — negative or positive — to his campaign. (Within three hours of being posted to Twitter, the video had already racked up more than 1 million views.)

2) The attention Greitens gets for the video will be used by the candidate as proof positive to the Republican base that Democrats and the media are freaking out about him and his candidacy. I’d be surprised if it took Greitens’ team more than 24 hours to turn the negative reaction to the video into a fundraising appeal.

Which speaks to how fundamentally broken our political system is. It shouldn’t be a partisan debate that a video like the one Greitens posted Monday is beyond the pale. But unfortunately, that’s exactly what it is.