A fair maps success story or ‘multi-layered stages of Dante’s Hell’? Where redistricting commissions worked — and didn’t work — this cycle 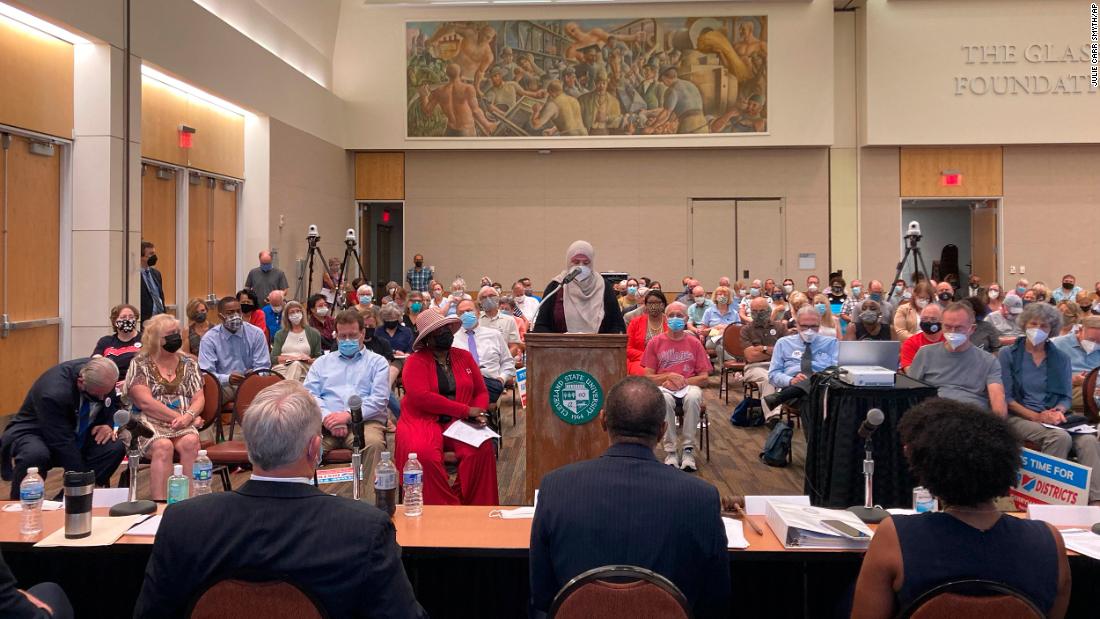 The issue: Not all redistricting commissions are created equally. Only some of the commissions set up for the 2020 cycle were truly independent, and how they were designed affected how functional — or dysfunctional — they were.

“When the commission is not fully independent and not fully made up of just citizens, then it’s less likely to function properly,” said Mark Gaber, the senior redistricting director for the Campaign Legal Center.

Michigan’s commission — a citizen-driven entity that was set up by a 2018 ballot initative — was seen as a notable success story in how it produced redistricting plans that will be competitive for Democrats in a purple state that previously saw extreme GOP-favored gerrymandering.

On the flip side was Ohio, where the redistricting system was also overhauled by a voter-approved 2018 constitutional amendment. That commission — which was made up entirely of elected politicians, a majority of whom are Republican — has seen its maps repeatedly rejected by the state Supreme Court for its failure to meet the requirements of the reform initiative.

“Ohio is sort of like the poster child for like the worst of all worlds,” said Michael Li, a senior counsel for the democracy program at the Brennan Center, a voting rights and criminal justice reform think tank at New York University School of Law.

Here are key lessons from the performance of various redistricting commissions across the country and where they worked best.

Whether a supposedly independent redistricting commission was truly independent depended on who got the final say about the maps it put forward.

In four states, advisory commissions draw draft congressional maps, but it’s ultimately up to the state legislature whether the proposed maps will be adopted. Only Maine’s legislature did so.

“Sadly, most of those state legislatures essentially disregarded the good work of the advisory commissions,” said Kathay Feng, the national redistricting director at the voting rights organization Common Cause. Republicans in New Mexico accused the Democratic-controlled legislature of largely ignoring the work of its advisory citizen commission, though a GOP lawsuit was unsuccessful in blocking the congressional plan the legislature adopted. And in Utah, where the advisory commission’s congressional and state district plans were eschewed by the state lawmakers, similar litigation is underway.

“The sort of advisory commissions clearly don’t work,” Gaber told CNN. “That’s not enough … without good actors on the other side, who are going to pay heed to it.”

Commissions that left politicians in the mix were more dysfunctional

It was also tough for a commission to be truly independent if its membership included politicians, voter advocates say, holding up Ohio’s commission as the chief example. The commission — formed after the legislature hashed out a compromise measure to counter a citizen-driven initiative — is made up of majority and minority members of Ohio’s legislature, as well as three statewide officials, who were all Republican this cycle.

Its work has been a total disaster, with the state Supreme Court repeatedly refusing to OK the commission’s congressional and state legislative plans for their failure to comply with the constitutional amendment. But the commission has now run down the clock on fixing the maps for the 2022 election, meaning voters will likely cast ballots in districts that the state’s highest court has deemed illegal.

“When the commission is made up of or includes politicians, then dysfunction is going to occur,” Gaber said, citing both the partisan interests and the personal conflicts around protecting their own seats.

The redistricting commission Virginia — where an even number of Democratic and Republican lawmakers joined the eight citizen members — also was racked with dysfunction, though with a less chaotic resolution. When the commission stalemated, the Virginia Supreme Court was able to intervene and produce maps.

Virginia Democratic state Sen. Mamie Locke said that the presence of lawmakers on the commission was partially to blame for its failure to come to an agreement. Locke, a member of the commission herself, told CNN that the desire to protect partisan advantage, as well as to protect individual incumbents, undermined the process.

“If I had to do it all over again, I’m not sure that I would have had legislators on the commission,” she told CNN, adding that the citizen members would have also benefited from more training.

State Sen. William M. Stanley Jr., a Virginia Republican who served on the commission, countered that he believed that lawmakers would have ultimately reached an agreement, but that citizen members were not prepared for how to forge consensus “through long hours, through frustrating moments.” He also said that the role the legislature played in picking the citizen members also created problems.

Other commissions, like New York’s, gave lawmakers a prominent role in shaping citizen-led commissions. The New York advisory commission put forward competing maps from its Democrat- and Republican-affiliated members, but failed to submit a follow-up recommendation. That gave the Democratic-controlled legislature the opportunity to draw a heavily gerrymandered plan that was thrown out by a state court.

During the Colorado commissioner selection process, lawmakers got to narrow the pool of potential citizens members, and “to some extent, the commissioners did wear their partisan hats just a little bit more actively,” Feng said.

Meanwhile, the member-selection processes for Michigan’s and California’s citizen commissions were more resistant to the influence of legislature, which likely contributed to those commissions’ success in crafting plans that became the ultimate maps.

“In California, a list is prepared of qualified people and lawmakers get a certain number of strikes, similar to jury strikes,” Li said. “So, the California system is very hard to game.”

A silver lining of the dysfunction around Virginia’s commission is that the state Supreme Court had the opportunity to remedy the stalemate, and ultimately produced maps more competitive for Republicans than the old plans.

“One of the upsides, even when you have a lousy commission, is that you have created enough of a record for the court to review and be able to create some alternative that is fair,” Feng said.

The court’s involvement could make the Virginia commission in future cycles “more mindful of the need to draw the maps through the commission and get a consensus, then to continually let the Supreme Court make those decisions for them,” Stanley said.

The congressional map for New York that a court recently adopted has, like Virginia’s, been generally viewed by the voting rights community as fair and more competitive than the last cycle’s redistricting plan. Republicans will able to compete in several of the state’s 26 congressional seats, in addition to the five districts that lean towards GOP.

The court battle has gotten ugliest in Ohio, where voters will be casting ballots in congressional districts that the state Supreme Court says were unconstitutionally drawn.

Feng pointed to an “escape hatch” the legislature created in the competing proposal it put forward for creating a commission, where “even if a partisan or racial gerrymander has been found, a court may not impose a remedy by itself.”

“It has to go back to the legislature to be drawn,” Feng said. “And so that circular, multi-layered stages of Dante’s Hell has been imposed on Ohio.”

Some of the problems commissions faced, particularly in New York and Ohio, were a product of assumptions about politics that were made when the commission was designed.

“Sometimes you can overthink these things,” Li said. “And you can design things like for a world that just doesn’t exist anymore, because politics change.”

When New York voters approved of the proposal in 2014 that created its advisory commission, Republicans effectively controlled the state Senate, and in theory, divided state government would be incentivized to defer to the commission’s proposal, according to Li.

In Ohio, maps passed on a party-line basis are only good for two cycles, which would be more of a risk for Republicans if Ohio was the swing state it once was.

“Ohio’s reforms were designed for the assumption that Ohio was a battleground state, and it just isn’t anymore,” Li said. “And now Republicans are like, ‘Well, we’ll pass a map. It’s only good for four years, and then we’ll redraw the map in four years. We don’t have a problem with that.'”