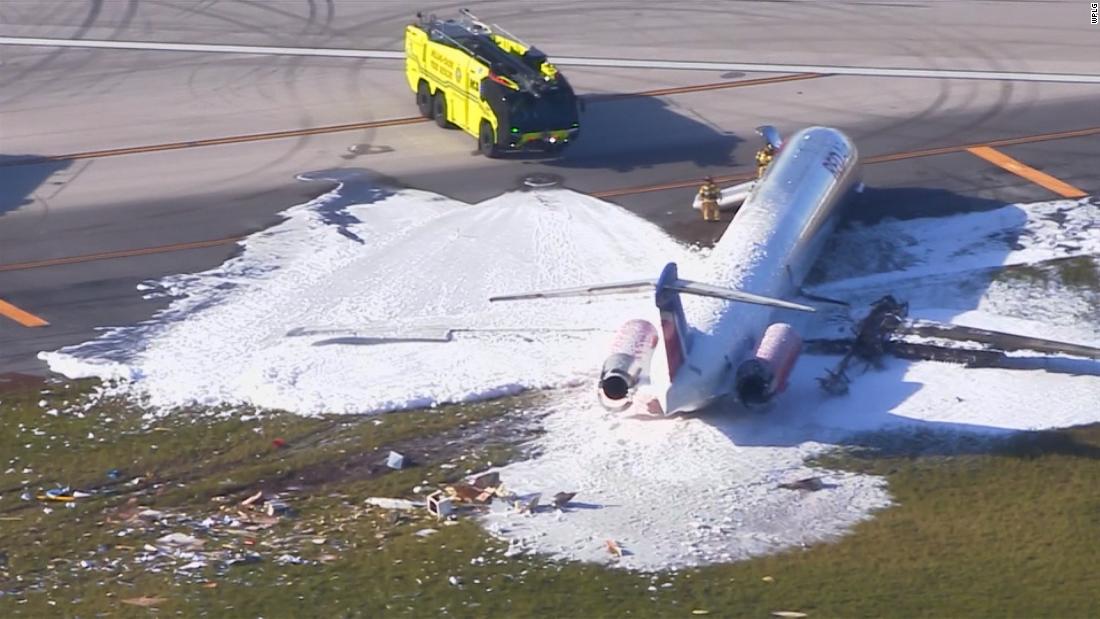 The flight was coming in from Santo Domingo at 5:30 p.m. when the gear collapsed and caused a fire.

According to Chin, 126 passengers were on board the plane. Three were being transported to a local hospital with minor injuries, he said.

Miami-Dade Fire and Rescue said a fire on the aircraft is under control and crews were mitigating fuel spillage.

Two outbound flights were delayed so far in the area where the plane landed.

CNN has reached out to Red Air for comment.

This is a developing story and will be updated.