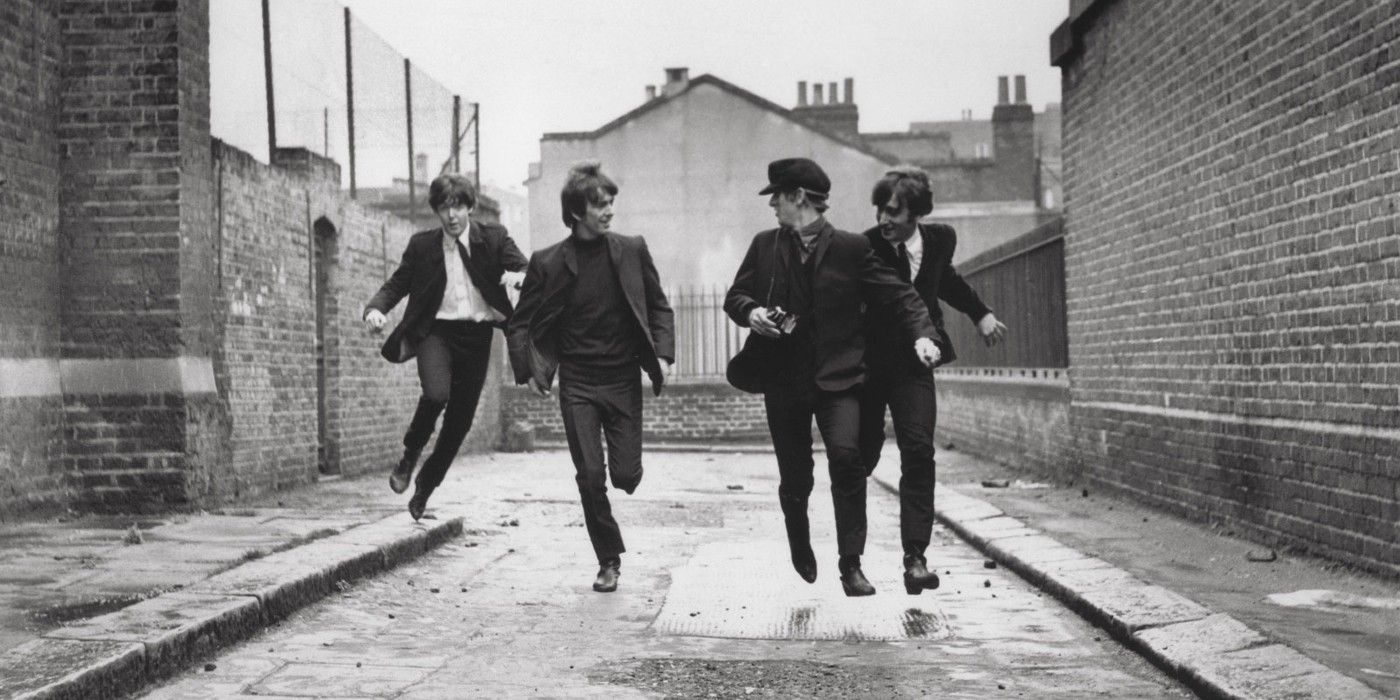 From the iconic opening sequence to the well-known “Can’t Buy Me Love” scene as the boys frolic around a field, and even the many famous performances in Help!, Magical Mystery Tour, and Yellow Submarine, it’s clear that Beatles’ music is a fun and nostalgic choice for any film.

Since the Beatles’ films in the ‘60s, their music has continued to have a place in cinema. However, countless covers have also been used in movies over the past few decades because the original recordings don’t come cheap. Regardless of the artist featured, the Beatles’ genius comes through and creates a solid foundation that elevates any scene.

COLLIDER VIDEO OF THE DAY

Initially recorded in one take in 1963, the Beatles’ cover of “Twist and Shout” gained massive commercial success. However, the song became popular again after being featured in the 1986 John Hughes classic Ferris Bueller’s Day Off, reaching the 23rd spot on the Billboard Hot 100 that year.

In the film, Ferris (Matthew Broderick) jumps up on a parade float and lip-syncs to the song as the entire crowd joins in and dances along. The pure spontaneity of the song choice and the scene overall totally enhance the wonderfully ridiculous nature of the film. In fact, most of the crowd were bystanders who showed up on the day of filming, which shows how infectious this Beatles cover is.

Written by George Harrison in 1969, “Here Comes the Sun” is one of Harrison’s and the Beatles’ most well-known compositions. It reached number three on the Billboard Hot Rock Songs chart that year and was the most-streamed Beatles song on Spotify worldwide in 2021. Of the song’s many covers, Bob Khaleel‘s version appears in the 1998 remake of The Parent Trap, starring Lindsay Lohan.

The song plays as Hallie (Lohan) and her mom Elizabeth (Natasha Richardson) walk to Elizabeth’s boutique in London. While on their way, they replicate the famous album cover of Abbey Road, which features “Here Comes the Sun.” Over the last 20 years, the film has likely subconsciously introduced many young viewers to the Beatles’ body of work and Harrison’s genius. It also perfectly accompanies a sunny stroll through London, adding a nice touch to the scene.

The song is used early in the film as a surprise performance at Juliet (Keira Knightley) and Peter’s (Chiwetel Ejiofor) wedding. As they walk up the aisle, a choir starts singing the song as different wedding guests gradually stand up and play various instruments in a makeshift orchestra.

“I Want to Hold Your Hand,” written by Lennon and McCartney in 1963, became the Beatles’ first American number one hit, their best-selling single worldwide, and the song that kick-started the British Invasion. In 1964, the group recorded a German version of the song, “Komm, gib mir deine Hand,” which also reached number one on the German charts.

The German track is used cleverly in the opening titles of Taika Waititi’s 2019 satire Jojo Rabbit, as scenes of Jojo (Roman Griffin Davis) playfully running through his town are mixed with actual footage of German citizens and Nazi soldiers saluting Hitler. The irony of ecstatic Nazis mirroring the same level of excitement felt by screaming fangirls at the height of Beatlemania is an interesting yet chilling parallel.

In 1968, Paul McCartney wrote “Hey Jude” for Julian Lennon, but the song broke multiple records and stayed at number one on the Billboard Hot 100 for nine weeks. Since then, the song has become a huge anthem, primarily due to its four-minute-long “na na na” section.

In 2001, “Hey Jude” took on a new life when it was featured in Wes Anderson’s film, The Royal Tenenbaums. However, the film uses a unique orchestral version by the Mutato Muzika Orchestra. This cover plays over the film’s introduction of the Tenenbaum family; it is a pleasant, optimistic interpretation of the iconic song that serves the infamous Wes Anderson style well.

Written in 1969 by John Lennon, “Come Together” and its iconic riff opened Abbey Road and quickly became one of the Beatles’ most famous songs. The song only reached number four in the UK but once again topped the US charts.

In Robert De Niro’s directorial debut, A Bronx Tale, which inspired a Broadway musical of the same name, “Come Together” is featured in a bar fight scene between Mafia members and a biker gang. The song is a great choice to complement the mounting tension between the two groups, as it is actually playing on the bar’s jukebox. The scene is a perfect example of how a song’s music is often more emotionally compelling than its lyrics.

Written for the 1968 White Album, John Lennon’s “Happiness is a Warm Gun” is a rhythmically challenging commentary on both guns and Lennon’s sexual desires. The song was critically praised for its complexity but was banned by the BBC because of its suggestive lyrics.

Michael Moore’s 2002 documentary Bowling for Columbine explores potential causes for the Columbine school shooting and gun violence in America. Amid such a dark, tense topic, Moore uses “Happiness is a Warm Gun” to underscore a montage of Americans using guns, emphasizing the idea that shooting a gun should bring joy. However, the song plays after a man states, “There’s wackos out there,” reinforcing the absurdity of such a concept.

In 1967, McCartney and Lennon wrote “Baby You’re a Rich Man” to discuss non-material wealth, inspired mainly by the hippie movement. The song only reached number 34 on the charts but gained further recognition after being featured at the end of The Social Network in 2010.

At the end of the film, “Baby You’re a Rich Man” plays as Zuckerberg (Jesse Eisenberg) sits alone, waiting for his ex-girlfriend to accept his Facebook friend request. Text on the screen says that Mark Zuckerberg is the youngest billionaire in the world, but the song emphasizes the reality that he is still alone and not wealthy in a way that truly matters.

McCartney’s “The Fool on the Hill” stood out amidst the psychedelic sounds of Magical Mystery Tour and has since become one of the band’s best-known ballads. The song is about a wise man, isolated and misunderstood by society, who watches them live foolish lives.

The 2010 comedy Dinner For Schmucks opens with the track playing over scenes of a man creating a diorama of taxidermy mice on a date. At first glance, the song matches the scene’s oddly artistic yet slightly comical nature. However, Steve Carell’s socially awkward character later reveals that he creates the dioramas as an homage to his wife who left him; essentially, he is the fool on the hill.

The 1965 song topped singles charts in multiple countries, was inducted into the Grammy Hall of Fame and has been named the best song of all time by various publications.

Yesterday utilizes a myriad of Beatles tracks to score the film, all of which lead actor Himesh Patel sings, but the scene where Jack (Patel) first performs “Yesterday” is most impactful. His simplistic vocal and acoustic guitar accompaniment showcase the pure beauty of the song; the viewer is sucked into the emotion of the moment just like Jack’s friends. Ultimately, Jack summarizes “Yesterday” perfectly: as “a great, great work of art.”

NEXT:The Beatles’ George Harrison Was Behind Some of the Best British Movies Ever Made

One thought on “10 Best Uses of Beatles Songs in Movies”